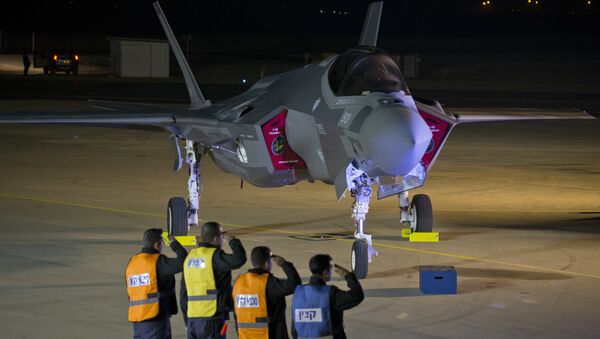 According to Israel Defense, the first two F-35Is for the 116th squadron arrived at the Nevatim base in November 2019, bringing the country’s total F-35 count to 20 aircraft. A number of F-35s from the "Golden Eagle" squadron are expected to be transferred to the newer unit until additional aircraft arrive.

Gary North, Lockheed Martin’s vice president for customer requirements and a retired US Air Force general, visited Israel in December 2019 and met with members of Israel’s Defense Ministry and Air Force to discuss the purchase of additional F-35s.

The government has currently received 20 of the 50 F-35I variants from Lockheed Martin required to bring both squadrons to capacity. An additional six are expected to be delivered to Israel in 2020, according to the Jerusalem Post. The F-35I is a specialized version of the F-35A used by the US Air Force and several other air forces around the globe, designed for operation from regular runways.

During the time of North’s visit, the Times of Israel reported that Tel Aviv was deliberating on whether to acquire additional Adir aircraft from Lockheed Martin or purchase Boeing’s F-15X: an upgraded model of the F-15 that is less technically advanced and not as stealthy as its F-35 counterpart, but is capable of transporting more munitions.

“The stealth that allows the pilots to go wherever they need to go, with the assurance that … no other airplane can provide,” gives the Lockheed Martin jet an edge, North argued on December 17 during a conference with reporters. The F-15 was originally built by McDonnell Douglas, which is now a part of Boeing. He also revealed the delivery of Israel’s remaining 30 F-35Is could be expedited due to the US’ refusal to send Turkey F-35s over Ankara’s purchase of the Russian S-400 missile defense system.

The IAF, which took credit as the first country to carry out a strike using F-35 stealth fighter in May 2018, also featured several F-35Is in its recent Blue Flag Israel joint exercise series with over a thousand personnel from the US, Germany, Italy and Greece in November 2019.

The Jerusalem Post reported that Lockheed Martin has recently lowered the cost per jet to $79.7 million, but, according to Israel Defense, the contractor is willing to lower the price to $77.9 million-per F-35 if additional orders are placed by Tel Aviv.

A decision on whether the third squadron will feature additional F-35s or Boeing’s F-15X fighter jets is expected to be reached after Israel’s upcoming general election in March.