US defense leaders and lawmakers are making plans for what to do with the six F-35As already built for Turkey, now that it seems certain Ankara will never be allowed to buy them. Millions of dollars are being set aside to store the advanced jets, which the Air Force will get first pick at buying.

For roughly a year and a half, US lawmakers have been warning Turkey not to buy S-400 Triumf air defense systems from Russia, fearing the proximity of the system’s powerful radars and one of the Pentagon’s most highly prized stealth aircraft. Now in the 2020 National Defense Authorization Act (NDAA) just approved by Congress, the country is formally banned from obtaining any F-35s so long as it is still in possession of S-400s.

As a consequence, US officials must now figure out what to do with the six F-35As already built for the Anatolian nation but sitting at Arizona’s Luke Air Force Base, where Turkish pilots and engineers were learning to fly and maintain them. The NDAA has set aside up to $30 million to store the jets until their ultimate destiny is decided, and another $440 million if the Air Force decides to buy them for its own fleet, Air Force Magazine noted.

When the Pentagon removed Turkey from the program in July as the first S-400 pieces arrived on Turkish soil, four pilots, two instructors and about 20 maintenance personnel receiving training at Luke AFB and Florida’s Eglin AFB were asked to leave, Sputnik reported.

The bill authorizes Secretary of Defense Mark Esper to “conduct activities associated with storage, preservation, and developing a plan for the final disposition of such F-35 aircraft and Turkish F-35 aircraft equipment, including full mission simulators, helmet-mounted display systems, air system maintenance trainers, and ancillary mission equipment,” requiring him to submit an explanatory plan to Congress within 90 days of the bill’s passage.

A longtime international partner in the F-35 program, Turkey is due to be totally phased out by March 2020 at a cost of at least $500 million to the project, according to a July statement by Under Secretary of Defense for Acquisition and Sustainment Ellen Lord. Turkey made 937 parts for the F-35 and was slated to buy 100 of the jets at the cost of roughly $94 million each, according to The Intercept.

“We are not going to have the S-400 coexist with the F-35 in Turkey,” Gen. Tod Wolters, the chief of US European Command, told Foreign Policy at a Tuesday event in Washington.

A day after passing the NDAA, the Senate Foreign Relations Committee passed the “Promoting American National Security and Preventing the Resurgence of ISIS Act,” which includes provisions sanctioning Turkey for buying the S-400 system from Russia. The bill will next go before the full Senate for a vote.

“Turkey’s actions over the past year are truly beyond the pale,” Sen. Robert Menendez (D-NJ) said in a Wednesday tweet. “This bill makes clear to Turkey that its behavior with respect to Syria is unacceptable, and its purchase of the S-400 system is untenable.”

With Turkish President Recept Tayyip Erdogan adamant about obtaining S-400s, the country is exploring other options to fill its advanced fighter jet needs.

Ankara has expressed a consistent interest in buying Su-35 aircraft from Russia as well, also floating the idea of the still-more-advanced Su-57 that is just entering production and which would make for a more direct analogue of the fifth-generation F-35. 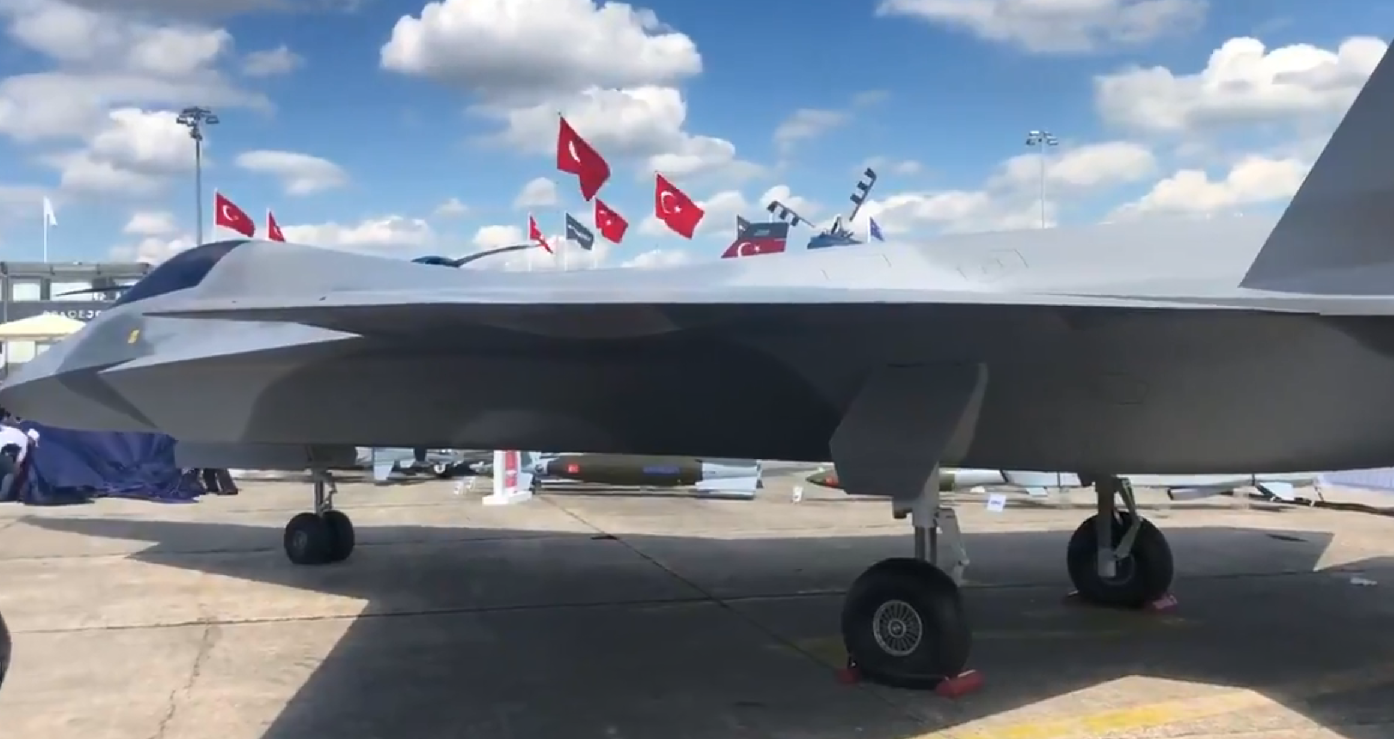 This past June, Turkish Aerospace Industries (TAI) unveiled a mockup of a prospective, indigenously-designed, fifth-generation jet at the Paris Air Show. Dubbed the TF-X, the plane is slated to be built by many of the same Turkish partners that had previously made parts for the F-35 program. TAI says the plane should make its first flight by 2025 and hopefully be in service by 2028.