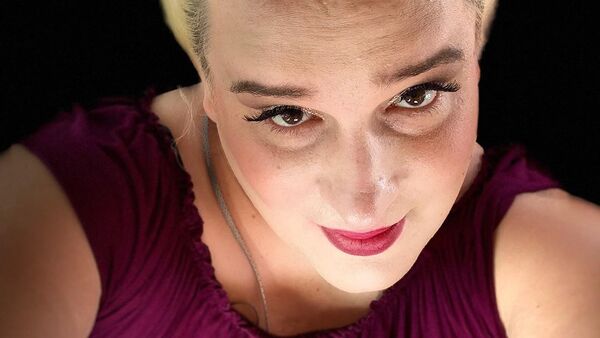 Ricky Gervais and Jessica Yaniv look like two parallel lines that should never intersect, and yet they cross paths once in a while on social media. Will Gervais’ visit to Canada mark the first time they collide in real life?

Whether or not Ricky Gervais will make it to Canada, there’s at least one person who won’t welcome him there.

The acclaimed English comedian, who makes light of trans people, among lots of other identities, will bring his new live show to Canada in the summer. As part of the tour, on 26 August he will come to the Vancouver, the home of divisive transgender activist Jessica Yaniv.

Yaniv took to Twitter on Tuesday to express *her* opposition directly to Ricky Gervais: “I’m not allowing this”.

No @rickygervais I’m not allowing this https://t.co/PYjedWlNtS

Jessica is a transgender woman (male to female) who is yet to undergo a sex-reassignment surgery, which means that *she* still has male genitalia. The activist rose to infamy last year after filing human rights complaints against several Vancouver beauticians who refused to wax *her* genitals. Many of the women *she* approached refused to provide these services because they were Muslim immigrants, forbidden by their culture from touching male genitalia.

Yaniv ultimately lost the court case, during which lurid details emerged about *her* obsession with teenage girls’ menstruation and menstrual products.

Gervais, in his trademark borderline style, has repeatedly torn into Yaniv online.

When *she* complained last month that *she* was refused treatment by a gynaecologist, Gervais quipped: “It's disgusting that a qualified gynaecologist can refuse to check a lady's c**k for ovarian cancer. What if her b**locks are pregnant? She could lose the baby. I'm outraged.”

And when announcing his plans for a Halloween costume, he joked that he would dress up as Jessica Yaniv which “also means I don’t have to wax my big old hairy b**ls”.

Should we brace for a real-life showdown in August? It’s time to rub some Magic 8-Balls.