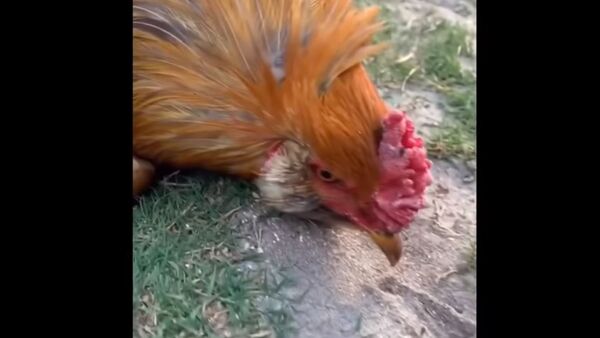 The Brigitte Bardot foundation created by the famous French actress in 1986, is devoted to the protection of animals. The organization recently raised concerns and threatened legal action after a shocking video that involved a sports celebrity biting off a live bird's head went viral online.

Animal rights activists from the Brigitte Bardot (BB) foundation are planning to file a lawsuit against Basque pelota player Bixante Larralde who bit off a rooster's head in a June video, Mediabask reported.

"It's always shocking and sickening in 2019 to see people killing animals for amusement. This man could be an example to young people – therefore we cannot let this act rest unpunished," – Daniel Raposo from the BB foundation told the Guardian, confirming that the organization's lawyers are prepared to sue.

"We must absolutely highlight this because it is serious and punishable by the law," - he said, -"whether it was a boozy evening or not … animals are sensitive beings, and laws protect them. What he did is a criminal offence".

The incident reportedly goes back to June 2019, when Basque pelota player Bixente Larralde was filmed sitting at a table with a group of friends, several wine bottles and a live cockerel. The video showed him grabbing a bird and biting off its head before spitting it out.

The event that reportedly took place after a championship match in Hasparren led to much criticism from animal rights activists with the 30 Million Friends organization stating it would join the BB foundation in legal actions against Larralde.

Larralde did not comment on the legal actions filed against him, as he potentially faces a fine up to €30,000 for animal cruelty, but told the Mediabask website that his action was a mistake and “a bad thing to do”.

There is now a petition on Change.org calling for the removal of Bixente Larralde from the Basque Pelota Federation.

Basque pelota is a traditional Basque game played with a ball and a racket or basket against a wall and is most prevalent in Spain and France.