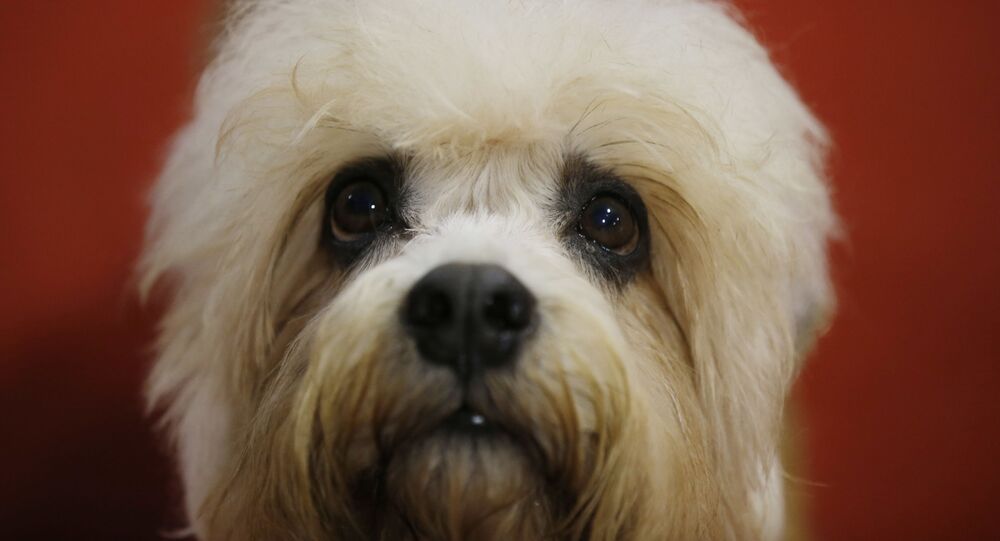 A girl has been heavily criticized by the internet community as she put her dog in a tumble dryer and then switched it, not being shy about her joy.

The young female, whose name and age remain unknown, demonstrated the whole terrible process on her Instagram page during a Live Stream. A video from the stream was posted by a Twitter user and went viral soon afterwards.

"Someone please call the police on this girl, Some people don’t deserve dogs or pets at all. It’s complete abuse how they treat them," said the girl, who shared the video on Twitter. She also added that the girl from the video did this to the dog multiple times.

Someone please call the police on this girl, Some people don’t deserve dogs or pets at all. It’s complete abuse how they treat them pic.twitter.com/GSFD080ErY

She grabbed the dog, while it was trying to resist, and put it right inside the machine. Then she turned it on for a few seconds, in which time the animal can be heard banging against the sides of the tumble dryer, which was spinning. Even though animal abuse is absolutely not a laughing matter, after opening the door, the young broadcaster couldn't stop screaming with laughter when looking at her terrified dog.

The majority of internet users were absolutely shocked by what they had seen, calling for action to be taken against the girl for her inhumane actions.

I have reported her to the police and to peta. Does anyone know what city she is in so I can let them know? She can’t get away with this abuse. Let the police handle her. It’s a felony in most states now.

That poor dog has unconditional trust in you and you use it to throw the dog in the dryer and take it for a spin for clout online!?!? What sick crap is this and why is this person not already locked up for this?! That is the most messed up thing I have seen in a while!!

I hate people who abuse living things for the clout. If that attention meant endangering animals then was it really worth it?
There’s nothing funny about this and I’m sure the Dallas police department will do something about her.

I hope that dog will have a safer home.

I actually feel sick and have tears running down my face.
That poor baby 🐶
This is sickeningly evil and psychopathic.

I have 2 dogs, 1 of them was a badly abused rescue dog, we’ve had her a year and a half, given her so much love, and she still has moments of PTSD.

Unfortunately, this is not the first incident of animal abuse lately. YouTube blogger Brooke Houts is currently being investigated by Los Angeles police for animal abuse after mistakenly uploading an unedited video to her channel in which she yells at, hits and appears to spit on her dog.

‘It’s Not Happening!’: Dog Argues With Owner Over Drinking Bathwater