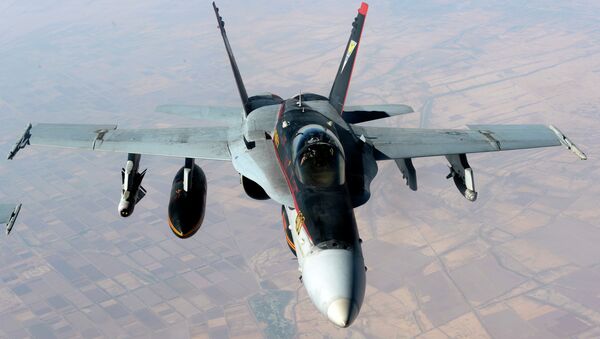 A US Navy F/A-18E Super Hornet fighter jet crashed in western Death Valley in California's Inyo County Wednesday morning. The pilot's status is unknown, but a spokesperson for Death Valley National Park said seven people had been injured on the ground.

The fighter jet crashed about 10 a.m. local time. Local news reports that a search-and-rescue helicopter has been dispatched to the area from nearby Naval Air Weapons Station China Lake. Fly Navy, the official Twitter feed for US naval forces, confirmed the operation was underway.

At approximately 10:00 a.m PST an F/A-18E crashed near @NAWS_CL. Search-and-rescue efforts are underway.

Joint Strike Fighter Wing public affairs officer. Lt. Cmdr. Lydia Bock told reporters that the aircraft was part of the VFA-151 squadron, which operates out of Naval Air Station Lemoore, southwest of Fresno, and had been on a routine training flight near a gorge popularly known as "Star War Canyon" when the mishap occurred.

In a far deadlier incident last December, an F/A-18 collided with a KC-130 tanker over Japan, killing six US Marines.

The F/A-18 Hornet has become a mainstay of US naval aviation since its introduction in 1984 and is operated by many US partners around the world, as well as the US Navy's Blue Angels flight demonstration team. It's capable of speeds approaching Mach 2.