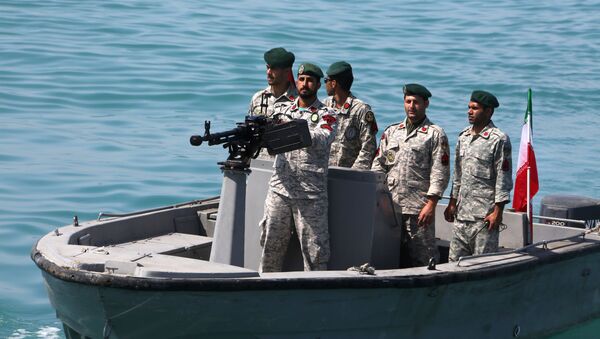 The tensions around the key strait for oil shipments spiked after the Iranian military seized a UK tanker over what it described as a breach of international maritime regulations. The move followed the seizure of an Iranian ship off the British overseas territory of Gibraltar on suspicion of violating EU sanctions against Syria.

France, Italy, and Denmark have supported a UK plan to launch a European-led maritime mission in the Strait of Hormuz to boost the security of commercial navigation there after the seizure of the British oil tanker Stena Impero by the Iranian Islamic Revolutionary Guard Corps, Reuters reports, citing senior EU diplomats.

London floated the idea at a diplomatic meeting in Brussels, insisting that the EU, NATO, or the US are not planned to be involved directly.

The new development followed Hunt’s presenting plans to protect shipments across the Strait to the British Parliament on Monday. The report suggests that British diplomats and military personnel have also discussed a mission, involving both naval and air forces with Italian, Spanish, French, and German support.

According to the agency, Germany has also been in close contact with the UK and France to "contribute to the security" in the region, while the Netherlands is assessing the idea as well. Spain, in addition, has also held talks with British diplomats.

London is said to be planning meetings with other EU member states including Sweden, while Poland and Germany have also indicated their interest. However, as one of the cited diplomats points out, any operation would have to be approved by parliaments in some EU countries, diplomats said.

As Reuters points out, the proposed mission could be run by a joint Franco-British command, London has a naval base in Oman, while Paris has a contingent stationed in the United Arab Emirates.

At the same time, Tehran has insisted that foreign forces should leave this task to Iran and other regional powers.

According to the news agency, European member states gave the UK cautious support in contrast to distancing themselves from similar US plans, voiced at a NATO defence ministers meeting in late June.

"Britain's request, rather than Washington's, makes it easier for Europeans to rally round this. Freedom of navigation is essential, this is separate from the US campaign of maximum pressure on Iran”, a senior EU diplomat noted as cited by the outlet.

The UK came up with the plan to launch an international security mission in the Strait of Hormuz amid growing tensions around the key oil shipping route. It escalated on Friday when the Iranian Islamic Revolutionary Guard Corps seized the UK oil tanker Stena Impero over what it described as a breach of international maritime regulations. France along with the United Kingdom, Germany and some other countries has condemned the tanker’s seizure.

The move followed a similar incident off the shores of the UK’s overseas territory of Gibraltar some time ago when British forces seized an Iranian tanker, alleging it was in breach of the EU sanctions against Syria.