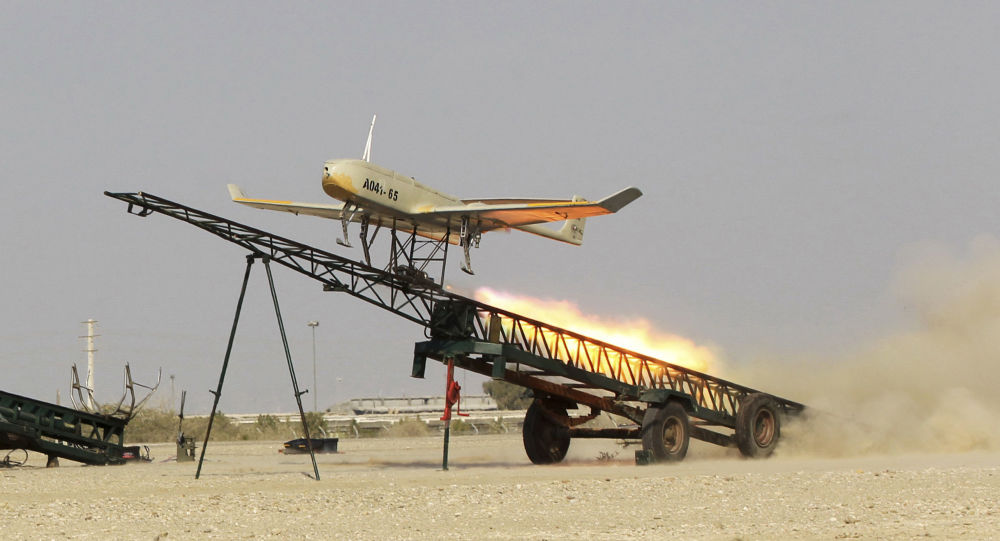 Late last week, the Pentagon claimed that a US warship in the Strait of Hormuz had destroyed an Iranian drone after it came within "threatening range." Iran denied the claims, calling US statements "quite a big lie" and saying the US might have downed one of their own drones by mistake.

The US Navy warship operating in the Strait of Hormuz which reported destroying an Iranian-operated drone last week may have actually destroyed two, US Central Command commander Gen. Kenneth McKenzie has alleged.

Speaking to CBS News on Tuesday, Gen. McKenzie said the US was "confident we brought down one drone," adding that "we may have brought down a second."

McKenzie made the remarks aboard the USS Boxer, the Wasp-class amphibious assault ship claiming to have destroyed the Iranian drone last Thursday.

Tehran accused Washington of lying about the lost drone, with Deputy Foreign Minister Abbas Araqchi tweeting that Iran did not lose any drones "in the Strait of Hormuz nor anywhere else," and quipping that he was "worried that [the] USS Boxer has shot down their own [drone] by mistake!"

The Iranian military announced Thursday that all of its patrolling drones had returned safely to their bases. On Friday, the Islamic Revolutionary Guard Corps released a video which they claimed proved that their drone was not destroyed. On Sunday, IRGC Aerospace Force Commander Brig. Gen. Amir Ali Hajizadeh again denied the US's claims, calling them "quite a big lie," and saying that President Trump's announcement about the shootdown prompted the IRGC to check and recheck "several times with our different units" to confirm that no drones had been lost.

Subjected to a decades-long arms embargo by the US and its allies, Iran has developed a variety of homegrown military equipment, including a range of reconnaissance and combat drones. Fitted with cameras, these systems have been deployed on recon missions along Iran's coasts, including in the Strait of Hormuz. Some are also thought to have been deployed in combat, reportedly launching airstrikes against Daesh (ISIS)* targets in Syria between 2014 and 2017. Last week, Iran's Ground Forces reported receiving their first batch of advanced new reconnaissance and light attack drones previously available only to the IRGC.

On June 20, Iran shot down an American spy drone it claimed was operating in its airspace, with the US acknowledging that the $220 million surveillance system had been destroyed, and President Donald Trump saying he considered a series of airstrikes against Iran in retaliation before scrapping the idea as "not proportionate."