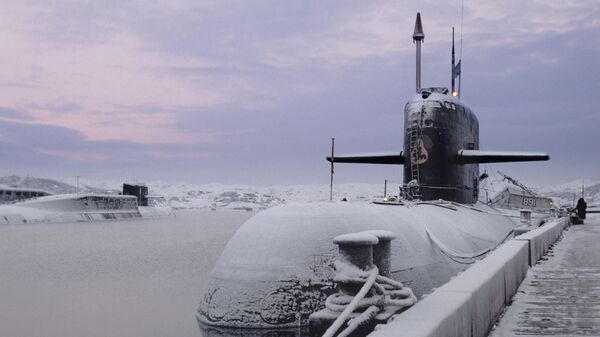 The Norwegian Intelligence Service was allegedly the first to learn of the disaster involving the Russian nuclear submarine Kursk, yet chose to share the highly sensitive data with the US first.

E-tjenesten, Norway's Intelligence Service, shared its written report on the Russian nuclear submarine Kursk sinking with the US National Security Agency (NSA) on 12 August 2000, the same day the disaster happened, according to a document from the Snowden archive.

According to the Snowden archive, the Norwegian Intelligence Service was the first and the only intelligence agency to learn the fate of the Kursk before the Russians did, having collected data from sonobuoys and the reconnaissance ship Marjata.

By contrast, the Armed Forces in Northern Norway and the Norwegian Radiation Protection Authority did not hear anything until several days later, when the information came from a completely different source.

The idea of sharing sensitive data with the US ahead of the Norwegian authorities has sparked criticism from researchers and politicians, triggering loyalty concerns.

Lodgaard is highly critical of how E-tjenesten handled the Kursk accident that occurred in 2000, making the Norwegian authorities unable to react for several days.

“The starting point should be that where national considerations are concerned, no one should be prioritised higher than Norway's responsible authorities”, Lodgaard said, questioning the rationale behind sharing the data with the US first.

“The fact that the Norwegian intelligence possessed accurate information as soon as the incident had occurred yet chose to inform the US first, can at worst tell us something about its loyalty. We should expect the Norwegian authorities to be informed first, or at least the same time as the US”, Vassvik said.

Labour MP from Finnmark County Runar Sjåstad found the information to be remarkable.

“Nobody benefits from the Norwegian authorities not getting the information they need at the right time”, Sjåstad said.

Defence Ministry press officer Marita Hundershagen stressed that E-tjenesten has “standing orders” to “notify the Norwegian authorities at the earliest possible time of circumstances that can threaten Norway and Norwegian interests”.

The loss of nuclear-powered Oscar-class submarine Kursk during naval drills in the Barents Sea in August 2000, was one of the largest catastrophes in the history of the Russian Navy. All 118 personnel on board died. Several days after the sinking, Norwegian divers managed to open a hatch to the escape trunk to find no survivors.