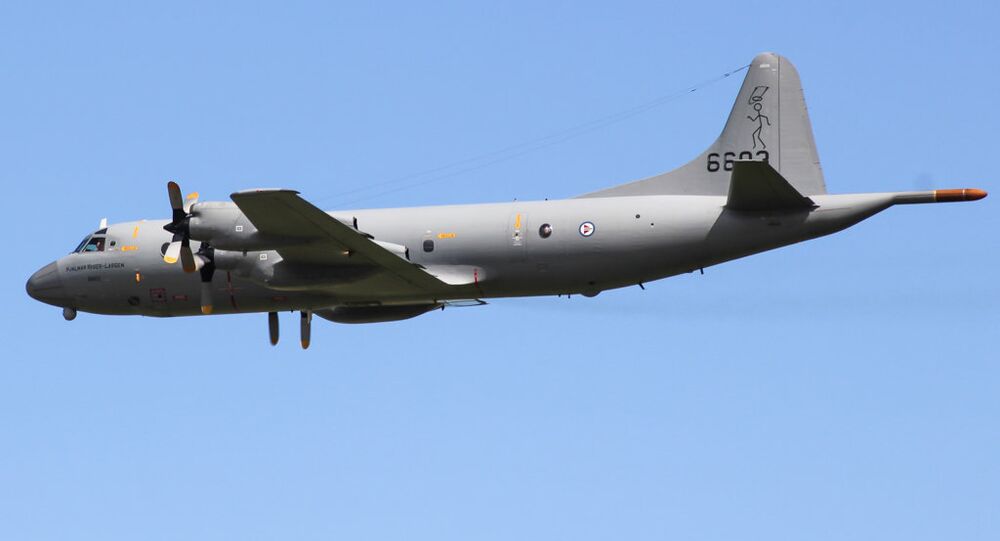 It may seem contrary to what mainstream media reports about "evil" Russia's spying efforts, but peaceful Norway actually tops Russia when it comes to surveillance. Last year, Norwegian surveillance aircraft were observed over a hundred times near the Russian border, meanwhile fewer Russian planes are identified near Norwegian airspace.

Coupled with the most impressive appearance of US B-52 strategic bombers that flew near Russia's airspace in connection with an exercise in Finnish Lapland, this triggered growing concerns from Russia over increased military activity in areas bordering Murmansk Region and the Republic of Karelia.

Meanwhile, only a total of 38 Russian airplanes were identified by Norway's operational headquarters in border areas. In 20 cases, Norwegian fighters stationed at Bodø had to fly up to identify Russian aircraft, Norwegian national broadcaster NRK reported.

This is a significant decrease compared with the previous years, when the number of call-outs reached 30 and 49 in 2015 and 2014 respectively. Those figures are still a far cry from the mid-80s, when the number of identifications of Soviet aircraft varied between 500 and 600 a year.

© AP Photo / Fernando Vergara, FILE
The Odd Story of Norwegian Intel, Russian Spies, Poroshenko and the Nobel Prize
Norwegian Armed Forces press officer Brynjar Stordal explained the disparity by the "fact" that part of Russia's air fleet has been committed to Syria. Another purported explanation for the marked decrease was that Russia's air force is becoming increasingly decrepit.

"This means that the machines tend to be grounded more often due to maintenance," Brynjar Stordal told NRK.

A more sound explanation for the drop in the number of identifications is that Russian planes are passing farther to the sea, which is why Norwegian defense chooses not to send up its fighters.

As for the rate of Norwegian surveillance in the Arctic, Stordal confirmed that P-3 Orion are being sent on routine sorties several times a week, yet without specifying how many are in fact conducted.

"This activity is being performed both for our own sake and for Russia's sake. It is held in international airspace and in full compliance with both sides," Stordal noted.

© Flickr / Bruno Jargot
From Opponent to Supporter: Norway on Its Way to NATO Missile Defense
The P-3 Orion is a Norwegian maritime reconnaissance plane, used to detect Russian submarines sailing the Barents Sea and the Norwegian Ocean. Norway possesses six such planes, all based at Andøya air base in northern Norway.

Of late, Norway has considerably stepped up its reconnaissance efforts. In 2016, Norway rolled out a new version of its surveillance ship the Marjata. While the new 126-meter-long edition of the spy ship took around NOK1.5 billion ($180mln) to build, Norway decided to keep its predecessor as well, after a thorough update.