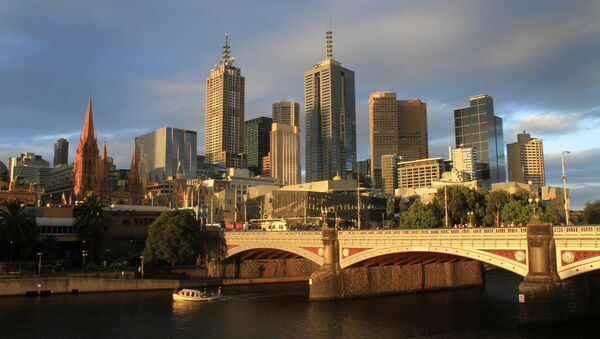 During an informal UN debate in June, Australia called for increased education as a way of fighting current manifestations of anti-Semitism and Holocaust denial as it recently joined the International Holocaust Remembrance Alliance.

A cafe in Melbourne, Australia, owned by the granddaughter of a Holocaust survivor has been cruelly trolled on the internet by anti-Semites, writes the MailOnline.

The abusers left anti-Semitic comments in reviews for Aliza's Place Cafe in Chadstone in south-east Melbourne, owned by Aliza Shuvaly.

One review reads: “Auschwitz has better food than this, who do you keep trying to impress me with this?”
“Auschwitz also came with a pool, soccer field, hospital along with 10 other facilities for your convenience and you still cry over it.”

Earlier, on 4 July, Shuvaly arrived to find a huge swastika and “The Holocaust is a lie” painted across her cafe’s fence.
When contacted for comment, Shuvaly broke down with grief as she shared the heart-rending sentiments that swamped her upon first seeing the graffiti.

“It doesn't feel like a target, but it [also brings up] a lot of memories and [has made me feel] heartbroken,” she told 9News earlier this month.

The attacks have been condemned by the Anti-Defamation Commission of Victoria with police called upon to seek out those responsible and mete out due punishment.

The Jewish community of the Australian city was also swift to deplore another sickening anti-Semitic attack targeting Jews and tarnishing the memory of Holocaust victims, as Chairman Dr Dvir Abramovich told the Herald Sun:

“Anti-Semitism is becoming all too common. We need to make sure that we do not reach the point where Jews in Victoria will not feel safe walking the streets or in their businesses.”

The news comes as during a debate in the United Nations General Assembly in late June Australia encouraged increased Holocaust education as a way of fighting anti-Semitism. 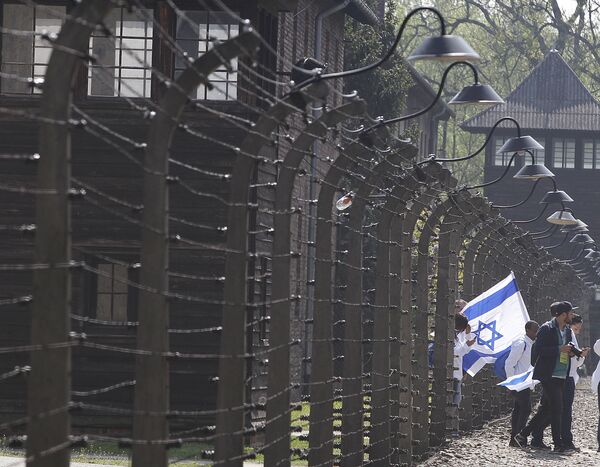 Participants in the Jewish event of Holocaust remembrance walk in the former Nazi German World War II death camp of Auschwitz shortly before the start of the annual March of the Living in which young Jews from around the world walk from Auschwitz to Birkenau in memory of the 6 million Holocaust victims, in Oswiecim, Poland, Thursday, May 2, 2019
© AP Photo / Czarek Sokolowski

The General Assembly held an informal debate on the topic “Combatting antisemitism and other forms of racism and hate – the challenges of teaching tolerance and respect in the digital age”.
A number of countries gave statements, including Australia.

It also promoted its recent acceptance as a member of the International Holocaust Remembrance Alliance (IHRA).
Australia was welcomed as the 33rd member country in the IHRA, that brings together governments and experts to combat Holocaust denial and anti-Semitism.

Australia, which took in a large number of Holocaust survivors in the aftermath of World War II, is the IHRA's first member from the Indo-Pacific region.