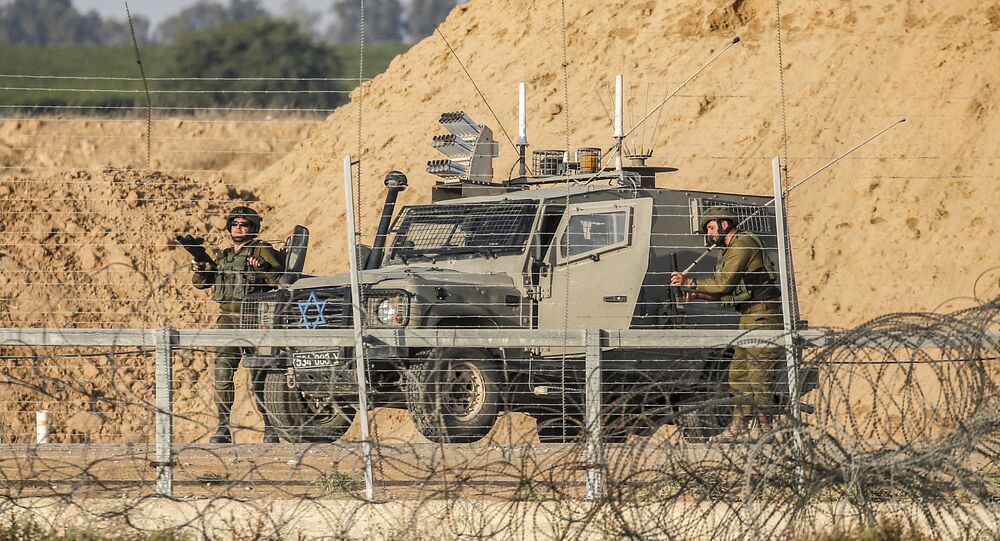 The party caused a stir in the country after it became the first mainstream political force there to proclaim support for the Boycott, Divestment and Sanctions (BDS) movement, targeting Israel. It, however, soon backtracked on the endorsement and now has to distance itself from the scandalous activist.

Member of the Dutch party Green Left, Alireza Taimurizadeh, has made a stunning statement on his Facebook, claiming that Israel was given to the Holocaust survivors so they could act as "Nazis", Jewish Telegraphic Agency (JTI) reported. The social media post was apparently taken down later, but, according to JTI, it was given as a comment to a news piece reporting about the alleged mistreatment of Palestinian prisoners by Israelis.

"Israel, a country to appease the conscience of Europe. Israel, a country which makes a Jew feel shame. Israel, the bribe for 6 million lives, far away, where they can live out their trauma, react to it. Where they can be the SS", Alireza Taimurizadeh wrote, referring to the Nazi organisation that ran most of the Reich's death camps, where millions of Jews perished.

The activist's party was quick to distance itself from Taimurizadeh, slamming his statement as "inappropriate and unacceptable" in an interview with the broadcaster RTV Arnhem. Vice chairman of the Dutch Central Jewish Board, Ronny Naftaniel, has demanded the activist apologise for his statements, noting that it is "the least that should be done".

Taimurizadeh's own party Green Left, which holds around 10% of seats in the country's legislative body, endorsed the anti-Israeli Boycott, Divestment and Sanctions (BDS) movement earlier this year, but later backtracked under pressure from the public.

The BDS movement was established in 2001 as a campaign aimed at pressuring Israel into fulfilling what the movement’s founders see as the Jewish state's obligations under international law. The founders of BDS believe they can achieve their goals by isolating Israel on the international arena and call for other countries to support it.

The movement has gathered both many supporters and detractors among politicians, celebrities, and governments around the world. Many of BDS’ critics accuse the movement of spreading anti-Semitism globally and of attacking Israel's legitimacy.

'Soviet Officers Saved Us From Nazis': Israel Rises Up Against Rewriting History

Fighting for Free Speech and Against Nazis, Trump, and Israel