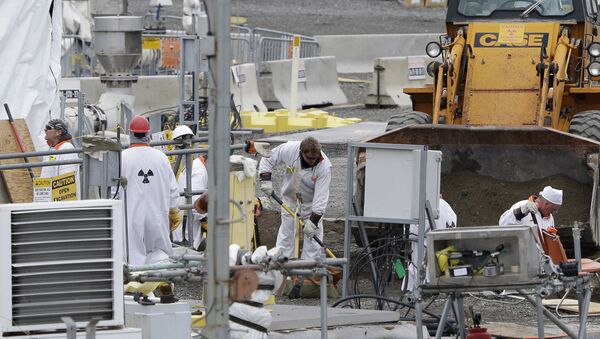 On Wednesday, the US Nuclear Regulatory Commission (NRC) held a hearing that included various groups speaking out against the interim nuclear waste storage proposed by Waste Control Specialists in Midland, Texas. Though crucial, this hearing is just one step in a multi-level fight for public safety.

A two-day hearing began July 10 with individuals, companies and organizations speaking in favor and against the so-called temporary storage of nuclear waste in Andrews County, Texas.

Though the legality of designating a central nuclear waste repository is highly questionable given current federal laws and restraints on the US Department of Energy, the NRC continues to allow certain entities to continue their legal proceedings.

Radio Sputnik’s Loud and Clear was joined by Kevin Kamps, Beyond Nuclear’s radioactive waste watchdog, on Wednesday to explain the parameters of this proposed interim storage, current laws prohibiting such proposals and the current legal time crunch for those opposed.

https://www.spreaker.com/user/radiosputnik/beyond-nuclear-with-kevin-kamps_59
Speaking of the Wednesday trial, Kamps first brought up how individuals such as Rose Gardner, who lives just five miles from the site of the proposed interim storage facility, were present during the hearing to voice their concerns about its proximity.

In addition to those within the agriculture community speaking against Waste Control Specialists’ nuclear storage, an unlikely ally was found within fossil fuel companies who also would not want to risk a possible explosion impacting their own plants within the area.

“We have to exhaust all administrative remedies of the nuclear regulatory commission before the courts will hear our appeal,” Kamps told Brian Becker and Nicole Roussell, adding that appeals court in the Washington, DC, area says they have to finish up litigation with the NRC in order to proceed.

However, the watchdog asserted that those opposed to Waste Control Specialists’ storage should not even have to jump through all these hoops to begin with.

“These proceedings are completely illegal on their face,” Kamps argued. “The Department of Energy cannot take ownership to commercial, high-level nuclear waste anywhere except at a permanent repository.”

This proposed site in Andrews County, Texas, the watchdog pointed out, is not a “permanent repository,” but “interim storage,” which automatically violates the law, despite the NRC presently ignoring this.

Knowing this, “Waste Control Specialists’ lobbyists are on Capitol Hill trying to get the law changed to make their proposal legal,” Kamps noted, which puts pressure on opposition groups to get their argument to the Court of Appeals before new legislation is put into place.

In March, current Energy Secretary and former Texas Governor Rick Perry spoke positively about the permanent storing nuclear waste in his home state, saying that the “citizens of [Andrews] county are very, very supportive” of their home being the site of such storage.

Kamps called out Perry’s remarks, labeling them as elitist. “We have a courtroom full of people here today in red t-shirts that say ‘we don’t want it’ from West Texas. They don’t even want temporary storage, let alone permanent disposal at the surface,” he said.

Kamps also pointed out that Perry’s political career, from governor, to his presidential run in 2012 and now his seat as energy secretary, has been funded by a Dallas billionaire named Harold Simmons, also known as the “king of Superfund sites.” One of those sites that he owned until his 2013 death was none other than Waste Control Specialists. The watchdog argued that this financial relationship explains Perry’s “cheerleading” for Waste Control Specialists’ interests, as well as Holtec, another nuclear waste storage company attempting to conduct similar business in New Mexico.

As various groups continue to exhaust efforts available through the NRC, the hearing continued on Thursday at the Midland County Courthouse. However, no further details pertaining to the Thursday hearing have been issued.