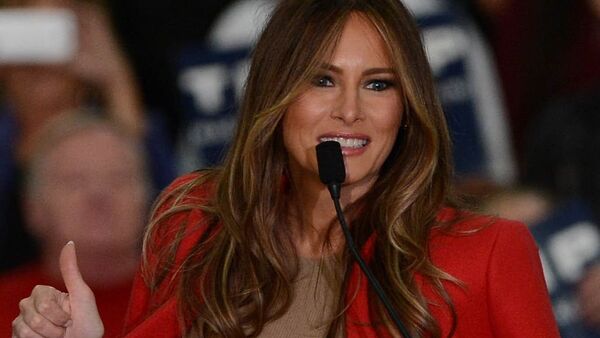 The comedian took aim at the first lady’s appearance when he offered some kind of joking Freudian breakdown of the Republican Party and Donald Trump in a segment on Father’s Day. While accusing the current US president of doing a poor job on infrastructure, he hinted at his wife’s rumoured fancy for plastic surgery.

Real Time’s Bill Maher has received a mixed online response for his Father’s Day rant against the Republican Party, its President Donald Trump, and vicious remark about his wife Melania’s appearance.

Dwelling about the fatherly image of the GOP, he slammed them as “absentee father party, going through a midlife crisis”. Blasting Trump over his plans to build the border wall and rows with Canada and Mexico, Maher also lambasted his alleged lack of efforts to improve the country’s infrastructure.

“What kind of dad doesn’t take care of simple repairs? You know you’re president who’s let the place go when your wife has had more work done than roads and bridges”, Maher joked, apparently hinting at rumours about her alleged surgeries.

This jab angered many commenters, slamming the comedian as a misogynist.

Imagine having a target as big as Trump and then thinking this shitty misogynist take was the way to go. Fuck Bill Maher. https://t.co/rmA3BekFWl

Do you praise any of the people that took jabs at her? I know I don't. Plenty of things to shit on the whole Trump family for, including Melania, other than body shaming. Bill Maher is garbage and associates with garbage.

god, you suck so much

Observation: Bill would never dig at Michell Obama this way. I wonder why? He is a political pussy and coward. The left would shred his flabby white ass.

You took the low road this time... comment lacked substance for sure

​However, others appreciated the joke and followed up on his mockery.

This was a great analogy.

Did you see that kidney work she had done?

Leave the First Lady of the Evening ALONE. She's worked hard-ons to get where she is. pic.twitter.com/fq3rriMjsu

​This is not the first time that Maher has torn into Melania Trump and her marriage to the US president. Recently, he prompted criticism, mocking Melania Trump as “the good kind of immigrant”, saying she does “the jobs nobody else will do, like blow Donald J. Trump”. Earlier in May he also joked she could team up with Fox News chairman Rupert Murdoch's wife to divorce their husbands, who “are ruining the world”, according to him, and drive Trump “nuts” with this.