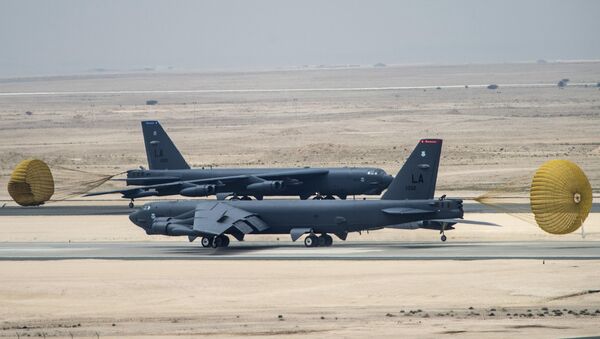 © AP Photo / Staff Sgt. Corey Hook/U.S. Air Force
Subscribe
International
India
Africa
Tensions between Washington and Tehran escalated sharply this week after the US announced the deployment of a carrier strike group to the region and warned that Washington would hit back at Iran with "unrelenting force" if the Islamic Republic threatened US interests.

US Sends More Warships, Patriot Missiles to Mideast Amid Escalation With Iran
Iran has dismissed both Washington's threats and President Trump's simultaneous offer to negotiate with the country's leadership, with a deputy commander of Iran's Revolutionary Guards saying the US was mistaken if it felt it could intimidate Tehran into talks with threats and sanctions.