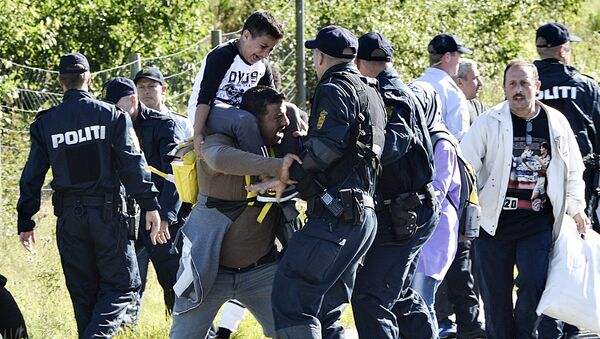 The Danish Finance Ministry has published a new report on the total cost of immigration in 2016. According to the Ministry, the report can only be made with a few years' delay, as it is based on extensive data that isn't available until later on, the Danish newspaper Avisen reported.

Roughly speaking, the report highlights this group's contribution to society in terms of tax revenues compared to costs the Treasury incurs from, income transfers, education, legal expenses and health care.

For the sake of comparison, in 2015, when Denmark received about 20,000 asylum seekers, the highest figure in its modern history, the figure was DKK 35 billion ($5.3 billion). The main explanation for the drop is that more non-Western immigrants have come to work.

"This is a very significant change", Finance Minister Kristian Jensen of the liberal-conservative Venstre party said. "What's positive and what's new is that it goes the right way. We have broken the curve of spending in relation to non-Western immigration."

Despite a decrease in expenditures, total immigration costs in 2014 were also estimated at DKK 30 billion, which doesn't signal any long-term progress. Still, the Finance Ministry maintains that its enthusiasm is justified.

"The 2016 figure is characterised by the incredible number of asylum seekers who have arrived in 2015, and despite this, we are already down to DKK 30 billion", Kristian Jensen explained.

Since the migrant crisis of 2015, Denmark has markedly tightened its immigration laws, including symbolic decisions such as making it obligatory to shake hands to receive Danish citizenship and to isolate criminal immigrants on a desert island off Copenhagen's coast. As a result of the extensive measures often lobbied for by the right-wing Danish People's Party, Venstre's single most important sidekick in the present government, Denmark's asylum rate is lower than in most EU countries.

000000
Popular comments
Germany has been paying 25 billion euros per year for the imported (by Merkel) doctors, engineers and rocket scientists since 2015. Only a small minority of them have found work.
MrMicawber
23 April 2019, 11:24 GMT2
000000
Denmark is going the same way as the rest of the Scandinavian countries & Germany/France !