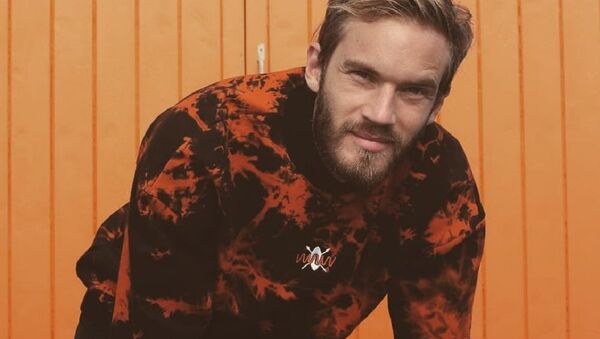 PewDiePie dropped his ballistic diss on T-Series, “Congratulations”, after the Indian music giant surpassed the YouTuber in subscription numbers in late March – and the song has become an instant hit on the video hosting platform.

In the latest episode of LWIAY, Felix Kjellberg, known by his online alias PewDiePie, boasted that his “Congratulations” diss track, released on 31 March, has surpassed the eponymous song by American rapper Post Malone in “heart” count, having gained 6.1 million likes on YouTube.

Viral
PewDiePie Reposts Elon Musk's 'Pretty Much Complete Nonsense' Viral Tweet
By contrast, Post Malone’s music video has been liked 5.6 million times since its release on 23 January 2017 – but it’s been viewed over one billion times, while PewDiePie’s version has amassed roughly 87 million views.

Obviously, 6.1 million thumbs-up seem not to be enough for the YouTube celebrity: Pewds has now challenged his viewers to beat the hip hop artist in the views count:

“We absolutely did it. Now, if we could just hit one billion views. No problem. Easy-peasy. One billion. That’s easy!”

It remains to be seen whether Post Malone will respond to Pewds’ bold move and come up with a counterchallenge, or maybe even team up with the vlogger for Meme Review or a collab song.

Viral
PewDiePie's 'Congratulations' Diss on T-Series Winning Likes Despite India's Ban
Pewds’ “Congratulations” – a sarcasm-ridden diss track on his bitter rival T-Series – has been at the epicentre of a controversy in India: the Delhi High Court last week ordered to remove the song from Indian YouTube following a complaint by the music label, suggesting that the track is “abusive”, “defamatory”, and “racist in nature”.

In the scandal-hit song, the Swede is sneering at T-Series after the music and movie giant outperformed him in subscription numbers on YouTube. In a bid to spice up the race, Pewds accused T-Series of selling pirated music to its customers and tax evasion, as well as having links to the Indian mafia. The YouTuber went as far as to allude to sexual harassment allegations against the company’s CEO Bhushan Kumar dating back to October 2018.

As of 20 April, the gap between T-Series and PewDiePie had grown to over 400,000 subscribers and is generally trending in the Indian channel’s favour.

Pewds had had the most subscribed channel since 2013, but has been repeatedly dethroned by T-Series, which entered the race several months ago after seeing a massive surge in its follower base last year due to the country’s recent, expanding Wi-Fi procurement.