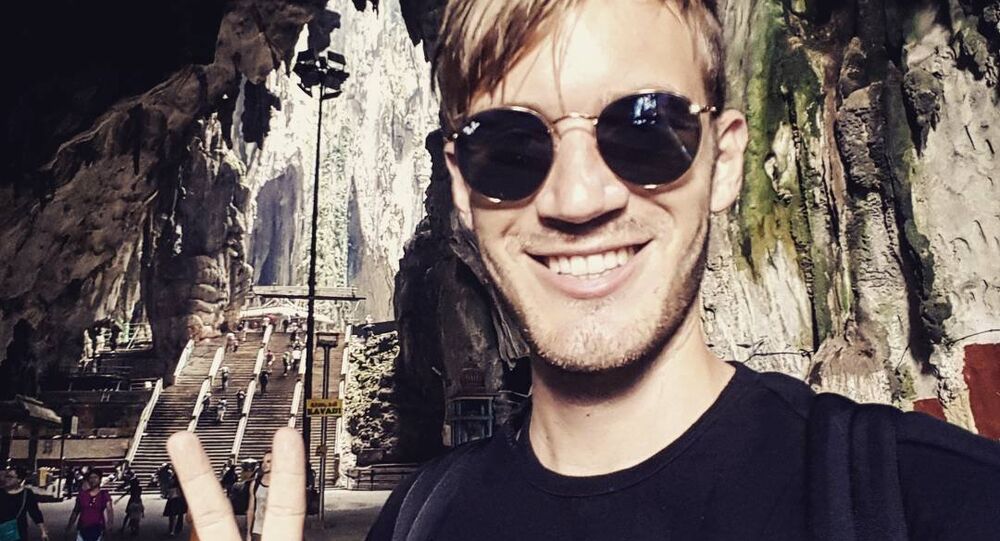 PewDiePie has once again been outperformed by T-Series in their months-long battle for the most subscribed YouTube channel – and the Swede is literally responsible for pushing at least one sub into joining the Indian music label’s skyrocketing follower base.

In an 11 April “Try not to Laugh” video, PewDiePie breathed new life into his long-running feud with fellow YouTuber, Olajide “KSI” Olatunji, having mocked the vlogger’s big forehead by comparing it to that of what may or may not be an exaggerated camera filter.

“KSI, looks like you have a rival here!” Pewds said while reviewing the meme.

The Swede probably couldn’t have expected that his jab would backfire and prompt a savage response from KSI, who filmed his reaction to PewDiePie’s mockery.

READ MORE: PewDiePie Reveals One Thing He Has in Common With Post-Apocalyptic Anime Series

Jokingly acting dramatic, KSI played sad music over his video for a few seconds before showing his viewers the growing subscriber gap between PewDiePie and T-Series, and subscribing to the Indian label in an act of cold-blooded revenge.

The two YouTubers were involved in a heated dispute in the past after KSI ripped Pewds as being a “hypocrite” for calling out channels like Drama Alert for allegedly causing rifts with the YouTube community.

After a fiery exchange on Twitter, PewDiePie lashed out at KSI and another YouTube star, Logan Paul, ahead of their 2018 boxing match, having accused KSI of being a “sexist s**mbag” who created content only for the money.

© Photo : pewdiepie/instagram
PewDiePie SHOCKED by Notre Dame Fire, But Says He Can 'Still Laugh About it'
Addressing the bad blood in an interview, KSI blasted Pewds, claiming that he is “the person who ruined a lot of peoples’ lives on YouTube, with his comments and his whole anti-Semitic… I can’t even say the word”.

The Swede later initiated a ceasefire, acknowledging that there’s nothing wrong with being “purely money driven”.

While it remains to be seen whether PewDiePie will escalate the feud and respond to KSI’s jibe, he has sustained some losses on the battleground: T-Series has surpassed him by over 300,000 subs as of 19 April.

Pewds previously managed to make what he described as the “comeback of the godd*mn century” with his “Congratulations” diss track against the Indian label, which was later considered “defamatory” by the Delhi High Court and removed from the Indian YouTube.