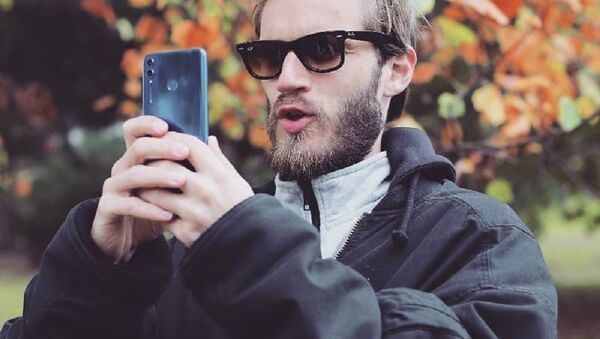 YouTube King PewDiePie has received a great deal of support since a number of media outlets reported that the Delhi High Court had ordered to remove his diss tracks against India's biggest music label T-Series from the video hosting platform.

The speculation that India's court has banned PewDiePie's sarcasm-laden hits targeting T-Series from YouTube has seemingly worked out well for at least one of the two songs: his "Congratulations" music video has amassed more likes than rapper Post Malone's eponymous clip.

While some 5.5 million people gave their hearts away to Post Malone's "Congratulations" video released on 23 January 2017, Pewds' mocking clip has been liked 5.8 million times, which is quite impressive given that the vlogger's clip has been online for a much shorter time than the hip hop artist's version.

Felix Kjellberg, a.k.a PewDiePie, released his diss track on 31 March to "celebrate" T-Series' performance in the Great Subscribers War: the Indian music label and movie studio managed to dethrone Pewds on YouTube.

In "Congratulations", the Swede is throwing all sorts of shade at T-Series: from accusing it of selling pirated music to its customers and tax evasion to having ties to the mafia. Pewds even made a reference to sexual harassment allegations againt T-Series CEO Bhushan Kumar dating back to October 2018.

Just on Thursday, the Hindustan Times reported that two of Pewds' tracks, "Congratulations" and "B*tch Lasagna", have been removed from Indian YouTube following the Delhi High Court's order.

Dexerto, in turn, wrote earlier that the court ruled to make Felix "remove and disable" access to his viral hits, which were recorded to spice up the race for YouTube supremacy with T-Series.

While the label penned in its complaint that the songs were "defamatory, disparaging" and contained "repeated comments which are abusive, vulgar and also racist in nature", PewDiePie responded by saying that the tracks were "done in good fun", and he would not continue with what was deemed as derogatory remarks.

The Swedish YouTuber has been embroled in a life-and-death battle for the most subscribed channel for a year now, ever since T-Series started rapidly racking up subscribers due to India's recent, expanding internet connectivity.