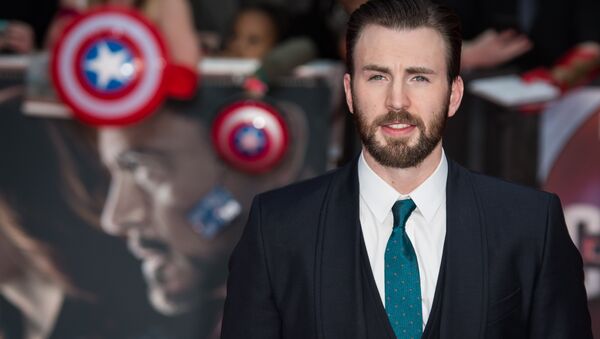 'Captain America', a huge fan of the Patriots, said his fandom might be on the line if Brady still supports Trump.

American actor Chris Evans raised eyebrows and faced criticism after he claimed that his love for the New England Patriot football team would wear out if its quarterback Tom Brady wouldn't get over supporting the US president.

In one of his latest interviews, Evans commented on his conditional backing of the football team:

"I really hope he's not a Trump supporter. I'm just hoping he's one of those guys that maybe supported him and now regrets it. Maybe he thought it was going to be different — and even that bothers me — but maybe there's a chance now he just thinks Trump's an absolute dumb s--, which he is. If he doesn't, if he's still on that Trump train, I might have to cut ties. It's really tough," the actor said.

The 41-year-old sport star Brady has previously called Trump a friend and kept a "Make America Great Again" cap in his locker.

"I think maybe a couple of years ago," Evans said, referring to Brady being a Trump supporter.

"I might have tried to pull some, like, mental gymnastics to compartmentalize, but I don't know if I can anymore. So I'm just hoping he's woken up," he added.

Twitter users have been quick to comment the issue following the "Avenger's" Brady and Trump critical outburst.

I personally don't care what politics athletes have, they are entitled to their opinion. Maybe he's not a Brady fan now but still a Pat's fan? I dunno

Dude is right actually. Chris Evan's does get hate for his stance and always speaking out against Trump. I'm one of the people that is often annoyed with the way he speaks about it. As if it's the end of the world. Everyone has a right to voice their opinion though.

Owner of New England Patriots, Robert Kraft, is a longtime supporter and fried of the US president. In 2018, Trump thanked Kraft in a tweet for his "excellent advice" on how to bring the 2026 World Cup to North America.