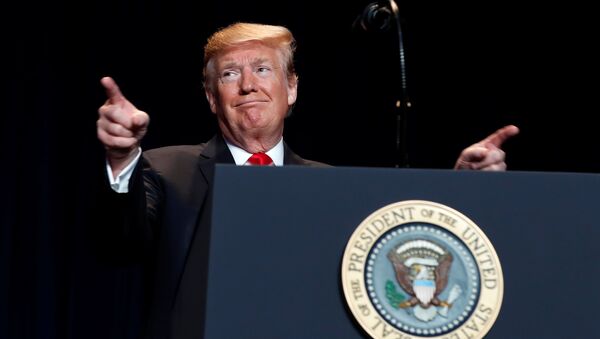 "Now we find out that Adam Schiff was spending time together in Aspen with Glenn Simpson of GPS Fusion, who wrote the fake and discredited Dossier," Trump said. The unverified dossier accused Trump of licentious behaviour during a trip to Moscow as a private citizen.

The US president has also accused the mainstream news media of ignoring comments by Senate Intelligence Committee Chairman Richard Burr, who said in an interview on Thursday that after two years of investigation, his panel found no evidence of collusion between the Trump campaign and Russia. Throughout the investigation, Trump has called Mueller's probe a "witch hunt."

Russia has repeatedly denied interfering in the election, saying the allegations were made up to excuse the defeat of Trump's campaign opponent as well as deflect public attention from actual instances of electoral fraud and corruption. The claims of collusion have also been repeatedly dismissed by Moscow.