Death in the Night: Where Does Paris Fire Rank Amid the World's Worst Blazes? 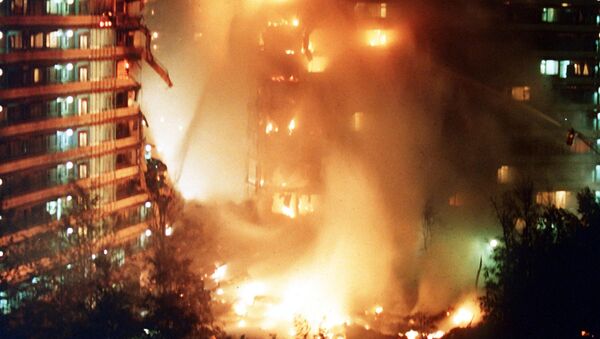 © AFP 2021
Subscribe
The authorities in Paris fear the death toll will rise after a fire engulfed an eight-storey building in the 16th arrondissement. Sputnik looks at some of the deadliest fires in apartment buildings and hotels.

The blaze, in Rue Erlanger, broke out around 3am on Tuesday, 5 February, and 50 people were rescued by firefighters using ladders.

It is thought the blaze may have been arson and a woman has been arrested.

President Emmanuel Macron said France "had woken up to tragedy."

But it is not the first time tragedy has struck in an apartment building or a hotel in the middle of the night. 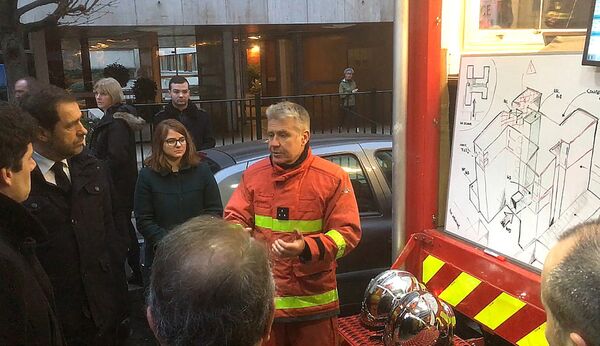 Just after midnight on 14 June 2017 a fridge-freezer caught fire in Behailu Kebede's flat on the fourth floor of the 24-storey Grenfell Tower in the North Kensington district of London.

"The fire soon broke out of the flat on the east elevation and took hold of the exterior cladding through which it spread. Within a matter of hours the majority of the tower was destroyed, with the loss of 71 lives on that night. It was the biggest loss of life by fire since the Piper Alpha (oil rig) disaster in 1988 and the biggest loss in a domestic setting since the Second World War," Richard Millett, QC, later told the Grenfell Inquiry.

In hindsight, if all the residents had been ordered to evacuate when the fire first broke out, almost all would have probably survived. 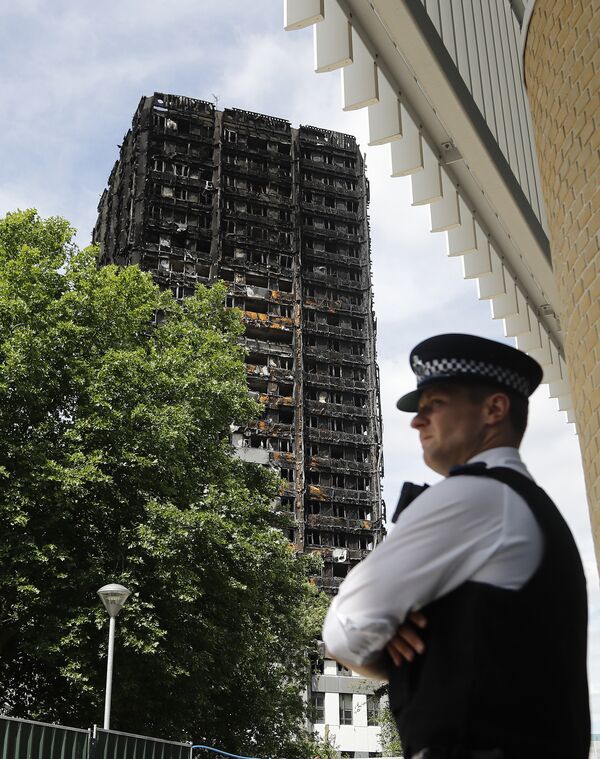 But the London Fire Brigade's default position was to tell people to "stay put" while they put out the fire. This advice had been undermined somewhat by the Lakanal House fire in south London in 2009, in which three people died, but the fire brigade had seen no reason to change it.

What they could not have known was that the cladding on the outside of the building — which had only been added during a refurbishment of the tower in 2015 — was highly flammable and the blaze spread rapidly to the top floors by travelling up the side of the block.

The Metropolitan Police is still investigating the causes of the blaze and whether anyone is criminally responsible.

On the night of 4 September 1982 a blaze broke out at the Dorothy Mae Apartments on Sunset Boulevard in Los Angeles.

The four-storey apartment building, which had been built in 1927, housed 170 tenants, most of whom were Spanish-speaking immigrants.

An arsonist had started the fire on the second floor but it had been burned unnoticed for some time before any residents became aware.

​As they were evacuating the building a flashover — sometimes known as a backdraft — occurred and the fire went out of control.

Some of the fire doors within the building had been left open, causing the blaze to travel up to the top floor.

Eventually firefighters managed to bring the blaze under control but 24 people were killed — 18 of whom were found in a smoke-filled stairwell — and another person died a week later.

At 6.30pm on 4 October 1992 an El Al Boeing 747 cargo plane took off from Amsterdam's Schiphol airport, having made a scheduled stopover en route from New York to Tel Aviv.

Two of the Israeli jet's engines suddenly exploded and it attempted to make an emergency landing on Schiphol's longest runway.

But it never made it and instead ploughed into a block of flats in the Amsterdam suburb of Bijlmermeer.

Thirty-nine residents of the building, mostly immigrants from the former Dutch colonies of Surinam and Aruba, were killed, along with the four people on board the plane.

A police officer who was in the area reported a fire of "gigantic proportions" was consuming the 10-storey building and was the length of a football field.

Many survivors suffered from serious mental health issues for years afterwards and there has always been speculation that the true death toll was much higher, as many of those staying in the building were believed to be undocumented migrants from Ghana and Surinam.

Three days after Christmas in 2017 the Belmont neighbourhood of the Bronx was hit by a terrible tragedy.

A blaze broke out in a 100-year-old apartment building and, fanned by strong winds, it spread rapidly despite the efforts of 160 New York firefighters.

The city's fire commissioner Daniel Nigro later confirmed the blaze had been started accidentally by a three-year-old boy who had been playing with a gas stove in a basement apartment. 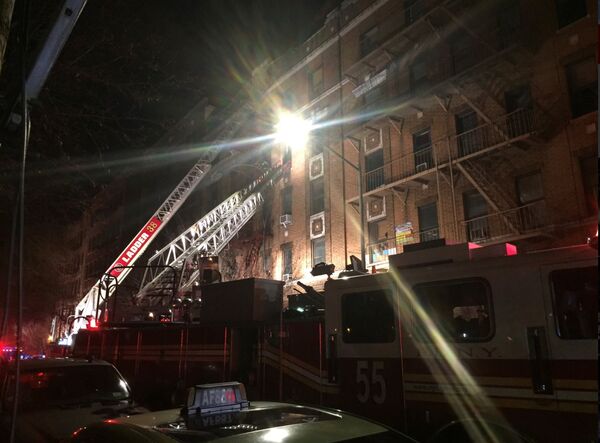 The boy and his mother both survived.

"I want the mother and the father to be responsible because the mother is an irresponsible parent," Kadian Blake, whose cousin Karen Stewart died in the fire, told the New York Post.

It was New York's worst fire since the infamous blaze at the Happy Land Social Club in 1980, when 87 people died. Julio González, a Cuban immigrant, who had started that fire to get back at his ex-girlfriend, was jailed for life in 1081 and died in prison in 2016.

In the 1960s, long before the Chinese economic miracle, Hong Kong was booming, with the city becoming a major commercial, shipping and manufacturing hub.

It was still a British colony but the vast majority of its residents were ethnic Chinese.

Just north of the main harbour and downtown, lies Kowloon — which was, and still is, one of the most densely populated urban areas in the world.

In 1962 much of Kowloon was poorly constructed tenement blocks, which housed tens of thousands of factory workers, kitchen staff and dockers.

On 1 September 1962 Hong Kong was devastated by Typhoon Wanda, which smashed into the colony.

A few days later a blaze broke out in Un Chow Street, and 44 people were killed.

"It is understood that this tragic consequence was brought about by unauthorised internal structural alterations to the building concerned,"according to a report by the Hong Kong Chamber of Commerce.

Much of old Kowloon was knocked down in the 1960s and 1970s and replaced with modern high-rise tower blocks.