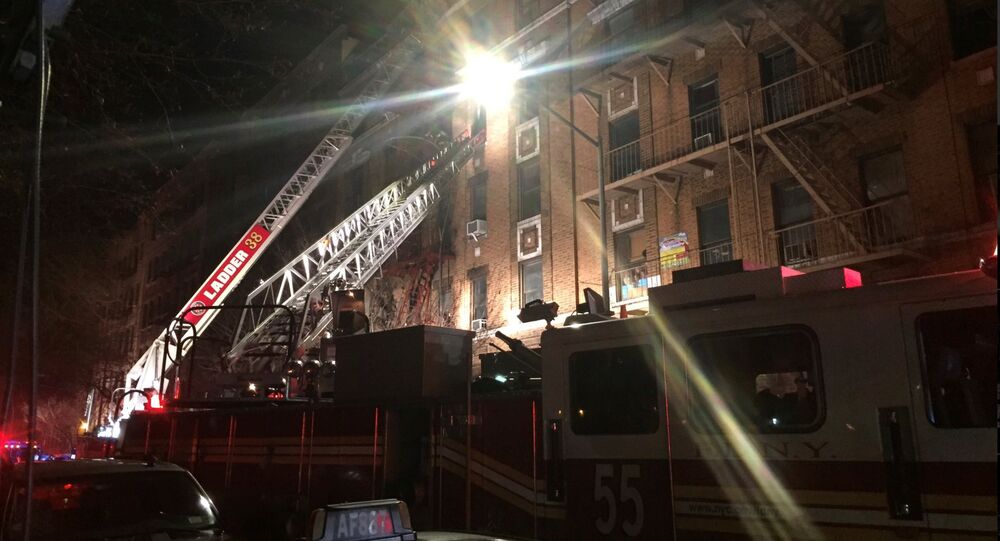 MOSCOW (Sputnik) — A massive blaze at an apartment building in Bronx in New York City has claimed 12 lives, including that of a baby, the city mayor said late on Thursday.

Earlier, the NYC Fire Department reported that 15 people have been injured in a large fire that erupted late Thursday in a multiple-floor building in New York City’s Bronx borough.

"This is the worst fire tragedy we have seen in this city — it will rank as one of the worst losses in a fire in many years," Mayor Bill de Blasio was quoted as saying at the scene by the NYC Fire Department.

"Based on the info now, I’m sorry to report 12 New Yorkers are dead, including 1 child. 4 people are critically injured, fighting for their lives, and there are other serious injuries as well," he said.

At least 12 others were rescued, the mayor added. He thanked the city Fire Department for its quick response. More than 160 firefighters had to tackle the blaze in bitter cold.

NYC Fire Commissioner Daniel Nigro said the blaze quickly spread upstairs, killing people on various floors. He said the victims range in ages from one to over 50, adding the tragedy was "historic in its magnitude."

"Will be more. Horrible. Fire Commissioner on scene. Mayor here shortly," he said.

Earlier, the New York Post newspaper cited police sources as saying that two people had died in the fire and more than a dozen had been seriously hurt. More than 160 firefighters are fighting the blaze.