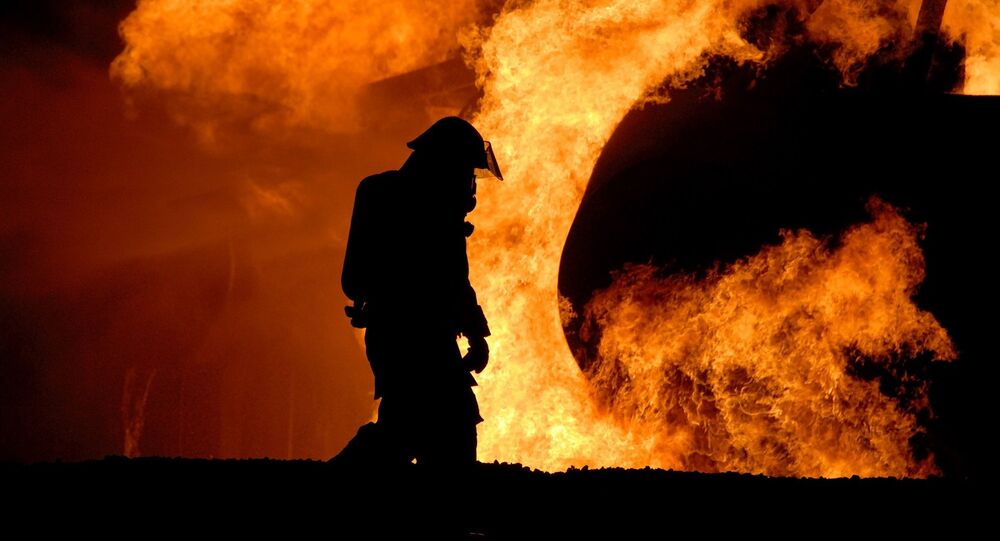 Two weeks after the Grenfell Tower fire, the advice from London Fire Brigade remains for tower block residents to stay in their apartments in the event of a blaze. The same advice led to six deaths at Lakanal House in Southwark in 2009, and more than 79 deaths at Grenfell Tower.

​It emerged after the Grenfell Tower fire that many residents had been told to stay inside their flats and by the time they tried to evacuate it was too late.

But London Fire Brigade is sticking to its advice to "stay put."

"Purpose-built maisonettes or blocks of flats are built to give you some protection from fire. Walls, floors and doors can hold back flames and smoke for 30 to 60 minutes. You are usually safer staying put and calling 999," London Fire Brigade says on its website.

WATCH: Here's what to do if there is a fire in another part of the building & you're not affected by fire or smoke https://t.co/n3KPUIkEwV pic.twitter.com/rJGuvTli4r

That advice is being echoed by fire services around the country, including the West Midlands.

"I think it's crazy advice to advise people to stay in a burning building rather than evacuating as soon as possible, cladding or no cladding. The Grenfell Tower disaster has exposed the many issues regarding the safety of tower blocks and most people living in them now see themselves as living in death-traps, myself included," Millie Langton, who lives in a tower block in Birmingham, told Sputnik.

© REUTERS / Peter Nicholls
Damage is seen to a tower block which was destroyed in a fire disaster, in north Kensington, West London, Britain June 15, 2017.

The death toll from the Grenfell Tower fire rose to 79, but several sources on social media have insisted the final toll might be as high as 126.

"So far the number of bodies which have been definitely identified stands at 19 and the potential death toll is 79. That could change. There is a lot of information out there on the internet but at the moment the only reliable information is what comes from us," a Metropolitan Police spokesperson told Sputnik.

Searched my tower block from top to bottom to find no sprinkler system, no fire extinguishers, but plenty of info telling us to stay put pic.twitter.com/vYfNn4tC49

​The aftermath of the Grenfell Tower fire has been focused on the failings of Kensington and Chelsea Council and on the plastic cladding on the outside of the building which has been blamed for the rapid spread of the blaze.

The Prime Minister, Theresa May, has ordered a "major national investigation" into the cladding, which has been found on 95 tower blocks in 32 different council areas across England.

But little has been said about the advice for residents of tower blocks in the event of a fire.

© REUTERS / Neil Hall
Emergency services personnel carry a body bag on a stretcher away from a tower block that was severely damaged by a serious fire, in north Kensington, West London, Britain June 14, 2017

On July 3, 2009 a faulty television caught fire in a ninth floor flat in Lakanal House, in Camberwell.

Six people — Dayana Francisquini, 26, and her two young children, Helen Udoaka, 34, and her baby daughter Michelle; and 31-year-old Catherine Hickman — took the advice to stay in their flats and perished.

In March 2013, the coroner, Frances Kirkham, who oversaw the Lakanal House inquest, gave a narrative verdict in which she criticized the London Fire Brigade and Southwark Council.

Some 999 operators told victims to remain in their flats even though smoke was coming in, when they should have fled.

© CC0 / Pixabay
Grenfell Tower Set to Join List of Fires That Changed the World
"Evidence suggests that existing training documents are contradictory and inconsistent, particularly in regard to either ‘staying put' or ‘getting out' when there is a fire in the building," Ms. Kirkham wrote.

But just at London Fire Brigade, the National Fire Chiefs Council (NFCC) has reiterated that its advice to tower block residents remains to "stay put" unless there is fire or smoke inside.

"The advice provided by fire and rescue services is based on effective fire safety arrangements that are required, proposed and then provided in the building — these include compartmentation of the building and suitably protected means of escape," a statement on their website says.

The NFCC said people should only leave if there is fire or smoke in the flat itself.

"If there is a fire elsewhere in the building then the structure of the flat — walls, floors and door — are designed to give appropriate protection. It is important for responsible owners to ensure that high-rise buildings are properly constructed and any refurbishment or maintenance is carried out to compliant standards of fire safety," they add.

"If there is a fire in your building but not inside your own home, then you are usually safer to stay in your flat unless the heat or smoke from the fire affecting you," the NFCC statement goes on to say.

Councils are writing to tower block tenants to say their advice in event of a fire is still to "stay put". How many will follow that now? https://t.co/yM5qtrTs6x

​But they admit "the advice provided to tenants can and does changing depending on the circumstances that present themselves at what are very dynamic incidents."

"I can quite understand why people have lost faith in buildings, but if everyone was to evacuate it would not help us as the staircases aren't very wide and we use them as a firefighting bridgehead," David Sibert, the Fire Brigades Union's national fire safety adviser told Sputnik.

"But if one or two people feel insecure when they see fire engines turn up at their tower block and want to get out nobody is going to make them stay in their flat.

© AP Photo / Matt Dunham
Firefighters rest as they take a break in battling a massive fire that raged in a high-rise apartment building in London, Wednesday, June 14, 2017.

"To be clear, London Fire Brigade made no mistake in stating that people should stay in their flats. This advice is maintained," Pieter Maes, a firefighter and fire behavior instructor in Brussels, told Sputnik.

"Fire department's strategies and tactics are based on so-called passive protection, being the fire compartments that every high-rise has. Staying inside a compartment is safer then going out into the smoke. Fire departments will evacuate the persons in immediate danger of the fire or smoke and extinguish the fire in the burning compartment," Mr. Maes added.

He said the Fire Brigade could not be blamed for any of the deaths in Grenfell Tower.

"London firefighters went above and beyond what could be expected of them and saved tens of people by doing so. They have broken safety rules and procedures and have put their own lives on the line to safe others. They deserve the utmost respect for what they have done," he told Sputnik.

But Mr. Maes said: "The regulations on building materials is based on non-realistic testing. Smoke is not interacting with the fire during these tests. As a consequence the tests are not showing the realistic fire behavior.

"Smoke itself is flammable and will at some point actually catch fire during a fire. This is why a fire can travel through the smoke. To understand modern fire behavior it is crucial to understand the contribution of smoke to fire spreading," he told Sputnik.

"That is why many experts are so surprised. Most firefighters who followed modern fire behavior training are not so surprised," he told Sputnik.

"The official testing is not taking smoke into account as a contributor to the fire behavior and to the fire spreading. This is a game-changer since smoke will burn and allows fire to spread," he added.

© REUTERS / Marko Djurica
Floral tributes for the victims of the Grenfell Tower fire are left outside the Notting Hill Methodist Church, in London, Britain June 20, 2017.

Mr. Maes said if the fire compartments of the building had not failed it would most likely not have ended in "disaster."

"The fire compartments must keep a fire contained. Maybe it can spread over a couple of compartments horizontally, but a fire should never be able to spread vertically via the outside of a building. Then all existing strategies and tactics to attack this fire and protect lives and properties go out the window," he said.

"Fires need to be contained by passive fire protection: the fire compartmentation in a building. Then we, the fire departments, can tackle this and contain it and as such save lives and property. That is what we have tactics and strategies for. It also is what is realistically achievable," Mr. Maes told Sputnik.

"Massive evacuations, which are not necessary if the fire compartments are respected, would hamper us enormously and put many people in unnecessary danger."

But in the aftermath of the Grenfell Tower inferno thousands of tower block residents may no longer have confidence that the buildings they live in can withstand fire.

UK: Is the Grenfell Tower Tragedy a Game-Changer?