Venezuela's Maduro Accuses John Bolton of Plotting to Assassinate Him 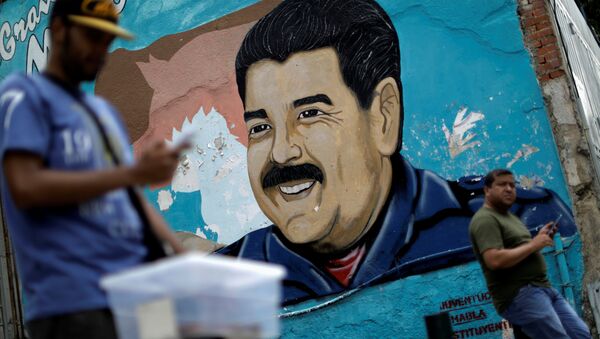 "John Bolton leads the plan to unleash violence and conduct a coup to introduce a transitional government. Bolton is preparing a plan of my assassination. He is training, in various places, mercenary and paramilitary units' forces jointly with Colombia, whose president Ivan Duque is an accomplice of this plan," Maduro said at a press conference broadcast on his Facebook page.

Who Was Behind the Assassination Attempt of Nicolas Maduro?
Earlier in the month, Nicholas Madure has already stated that the United States is preparing to topple the Venezuelan government.

"An attempt to undermine Venezuela's democratic life and to carry out a coup d'etat against the constitutional, democratic regime in our country has been launched under the coordination from the White House," Maduro was quoted as saying by the AVN news agency on 9 December.

The president added that in the coming days, he would hold a press conference to provide details on the alleged plans of Washington to carry out a coup in Venezuela.

In early August, Maduro was attending a military parade in Caracas, when his speech was interrupted by what the Venezuelan authorities said was a failed assassination attempt involving explosive drones.

Maduro claimed in October that the United States had allegedly instructed Colombia to organize his assassination.