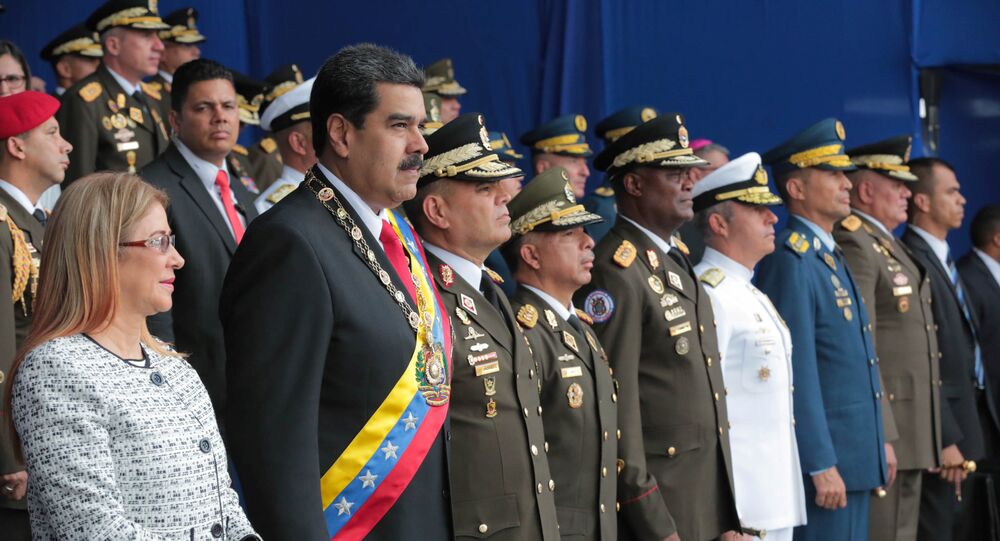 MEXICO CITY (Sputnik) - Venezuela's President Nicolas Maduro has said he believes that his US counterpart Donald Trump would not allow anyone to plot the assassination of other world leaders on United States’ soil.

On Saturday, a military parade in the Venezuelan capital of Caracas attended by Maduro was interrupted by what authorities said was an assassination attempt on the life of the president. Venezuela’s Information Minister Jorge Rodriguez said several drones detonated close to the presidential box during Maduro's address. The president was unharmed, but seven soldiers sustained injuries.

© REUTERS /
Powerful Enemy May Be Behind Assassination Attempt on Maduro - Journo
"I want the US government and the new government of Colombia to unveil all the links of the accomplices in the attack, residing in the state of Florida, on the territory of the United States and Colombia. With faith in the goodwill of the government of President Donald Trump, and that he will not allow the killing of civil and military leaders of countries like Venezuela to be plotted on US territory," Maduro said as aired on Venezuela's state television.

Shortly after the incident, the president accused opposition forces, and Colombia, adding that some of the assassination attempt's perpetrators resided in the United States. Both Bogota and Washington have denied any involvement.