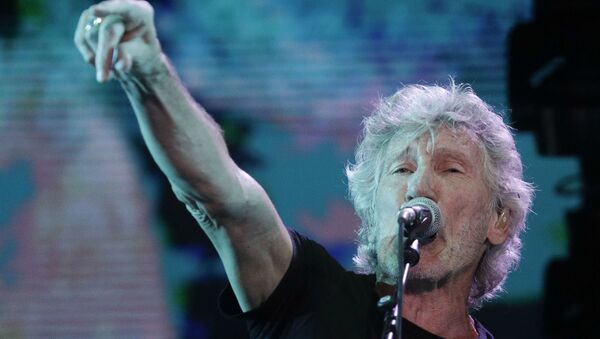 Earlier this month a number of Jewish organisations in Argentina launched a petition against the former Pink Floyd front man after he participated in an event put on by the Boycott, Divestment and Sanctions (BDS) movement, which seeks to pressure Israel to change its Palestinian policy.

Arthur Stark, Chairman of the Conference of Presidents of Major American Jewish Organisations, and Executive Vice Chairman Malcolm Hoenlein have been urging companies sponsoring rock legend Roger Waters’ scheduled Mexico tour to pull their support ‘in view of the hostile, bigoted, and anti-Semitic comments’ made by the musician ‘on numerous occasions’.

In a joint statement, Stark and Hoenlein said that Waters’ comments were based on a criticism of Israel’s right to exist rather than of a particular policy:

‘In the aftermath of the events in Pittsburgh and with the rise of anti-Semitism globally it is essential that we speak up clearly and demand zero tolerance of intolerance, no excuses and no exceptions. Mr Waters has not only espoused his views but he has pushed other entertainers to boycott Israel, often using extreme methods and pressure’, they said.

The duo also called on officials from countries where Waters was expected to perform to ‘make clear their rejection of his offensive comments’.

In the meantime, the Simon Wiesenthal Centre addressed Citibank, claiming that its Mexican branch, Citibanamex, had ignored their appeals.

‘It is inconceivable that a global corporate giant would be a financial enabler of a musician whose concerts’ trademark is a giant floating pig with a star of David and who daily demeans the largest Jewish community in the world – the Jewish state of Israel’, Rabbi Abraham Cooper, the associate dean of the Simon Wiesenthal Centre, said.

He also added that the centre expected Citibank to be ‘responsive to our community’s justified concerns and fears’:

‘At the minimum, Citibank should suspend all future sponsorship of this bigot’.

Waters, who is set to have seven performances over the next fortnight in Mexico City, Guadalajara and Monterrey, has spent nearly two months on tour of South and Central America, including concerts in Brazil, Argentina, Colombia, Uruguay, Costa Rica, and Chile.

In early November, the musician appeared on a programme arranged by the Boycott, Divestment and Sanctions (BDS) movement, where he said: ‘We must insist to our local governments to pressure Israel, in favour of the human rights of the Palestinians’.

'Wish You Weren't Here': Jews Roast Roger Waters Over BDS Support
He previously used a giant inflatable pig with the Star of David and other symbols on it prompting accusations of anti-Semitism against him.

Back in 2013, he defended himself, saying that ‘to peacefully protest against Israel’s racist domestic and foreign policies is not anti-Semitic’, and that the accusations were ‘extremely insulting’.

BDS is a global movement that encourages boycotts and other means of pressure against Israel to make the country reassess its Palestinian policy.