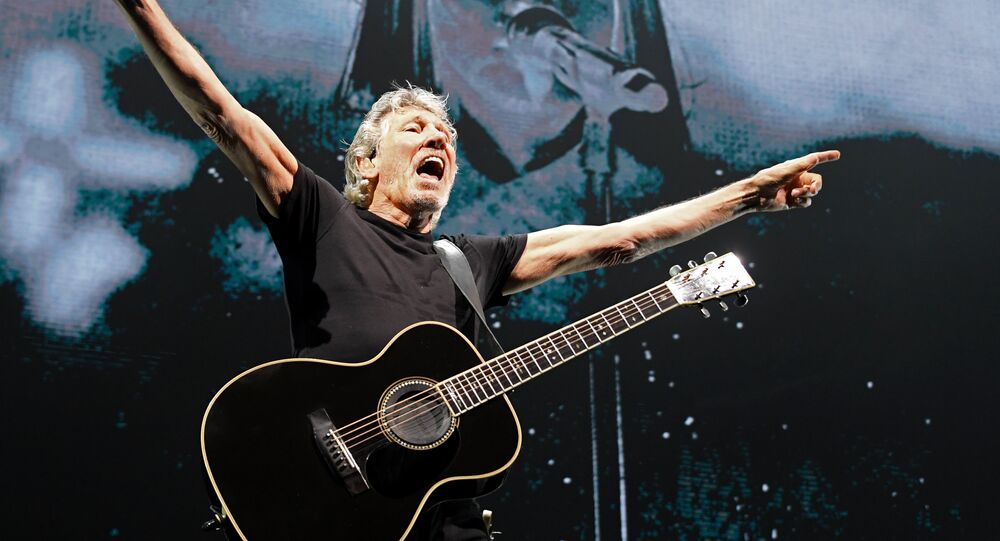 The former Pink Floyd vocalist and rock legend found himself at odds with the Munich city administration after the city government accused him of antisemitism.

Christian Schertz, a Berlin lawyer representing Pink Floyd co-founder Roger Waters, has announced that his client wants the city to withdraw a press release which labeled Waters an antisemite, according to DPA.

Earlier this week, Munich Mayor Dieter Reiter issued a statement ahead of the Waters’ concert at the Olympianhalle, stating that the city is unlikely to rent the venue to the musician in the future due to the "increasingly unacceptable antisemitic comments" which he allegedly made.

"It is therefore all the more important to me to clarify unequivocally in advance of the concert that Roger Waters' antisemitic sentiment is neither welcome nor unchallenged in Munich," the mayor added.

© AP Photo / Luca Bruno
Roger Waters Supports Assange During Berlin Concert (PHOTO)
Schertz however insisted that his client criticized the policies of the state of Israel and not Jewish people.

A spokeswoman for Reiter said that a letter submitted by Waters’s lawyer is currently being reviewed by the city’s legal department.

Previously, Roger Waters also declared his support for whistleblower and WikiLeaks founder Julian Assange during his concert in Berlin when the neon red text, which read “Resist the attempted silencing of Julian Assange,” was projected onto a black backdrop before the performance.