Russian Model, Her British Husband Revealed to Be Poisoned in Salisbury - Report 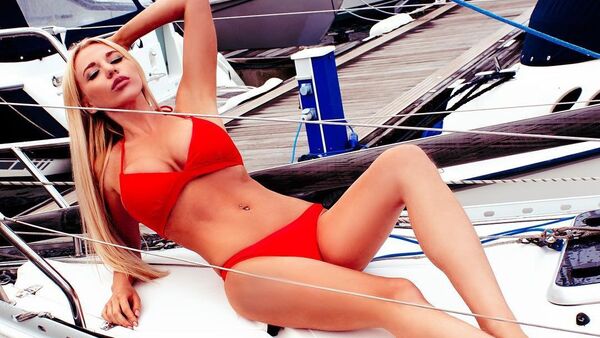 © Photo : missannawebb
Subscribe
The couple fell ill after having dinner in a local restaurant, meters away from the café where, in March, former Russian spy Sergei Skripal and his daughter had lunch before being hospitalized, allegedly poisoned with what the British authorities described as a nerve agent “Novichok,” invented in the Soviet Union.

Anna Shapiro, a model and event-space company director who was born in the Russian city of Nizhny Novgorod, and her husband Alex King may have been poisoned with strychnine, commonly used to kill rats and mice, according to the British newspaper The Sun. The tabloid revealed the identity of the couple, who were hospitalized in Salisbury with poisoning on September 16, unnamed senior security sources were cited as saying.

Meanwhile, the Wiltshire police, who are still investigating the case, have confirmed that it is “not being treated as suspicious.”

Tests have confirmed that the two patients who fell ill in Prezzo, a restaurant in Salisbury, on Sunday evening had not been exposed to any kind of nerve agent.

Following test results, at this stage, this is not being treated as suspicious. https://t.co/ln3hlFKcXb pic.twitter.com/0Jpyd7bMGk

​On September 16, police reported that the 30-year-old woman and her 42-year-old partner fell ill after dining in the restaurant Prezzo in Salisbury, which is just 300 meters away from another Italian eatery where Sergei Skripal and his daughter happened to have lunch before being hospitalized following the alleged poisoning with a nerve agent in March. According to The Sun, King felt unwell after dining and retired to a bathroom, where Shapiro found him collapsed some time later. The man as well as his wife and the waiter who helped them were taken to a local hospital. King was put in an induced coma, but has reportedly regained consciousness since.

Following the Skripal affair as well as the Amesbury poisoning, where a local woman died after using a perfume bottle allegedly containing a nerve agent, found by her partner, the emergency services were concerned that the Salisbury’s couple  had been exposed to an unknown substance and taken “ a highly precautionary approach, as the police stated. However, the immediate tests let the police rule out that Shapiro and King had been exposed to 'Novichok'.”

The city of Salisbury once again entered the spotlight last week after UK authorities accused two Russian nationals, Alexander Petrov and Ruslan Boshirov, of carrying out a failed nerve agent attack on the Skripal family in March. The police released their images and claimed that both were Russian military intelligence officers — which the suspects later denied in an interview.