Watch Your Back: Australian PM Not First Politician to Be Betrayed By His Own 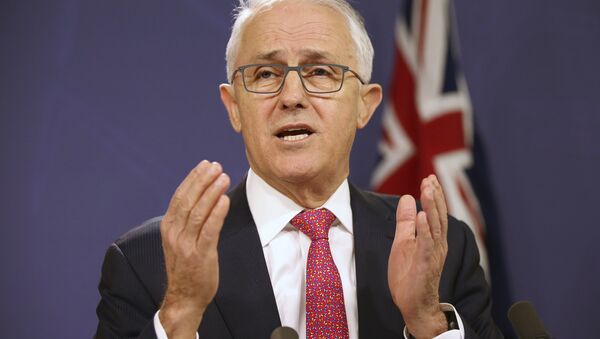 Scott Morrison has become Australia's new prime minister after Malcolm Turnbull was forced out by party rivals in a bruising leadership contest. Sputnik looks at some other top politicians whose rise to the top was suddenly ended by treacherous former allies.

Mr. Turnbull is the fourth Australian PM in a decade to be ousted by colleagues but political treachery is not a new phenomenon.

It dates back to the Roman Empire, when a betrayed Julius Caesar — according to Shakespeare — called out to his treacherous former friend: "Et tu Brute? (And You Brutus?)"

Here are some more recent examples of political back-stabbing.

The amount of backstabbing and political coup that goes around in the Australian highest level of government is hilariously absurd. What a complete clown show. — With that being said… does this mean NBN gets better with a new prime minister? (Most likely no, but one can dream)

For some reason Australia leads the way when it comes to political treachery with both the ruling Liberal Party and their arch-rivals, the Labor Party, having ditched leaders in a desperate attempt to win elections.

In fact the last decade has been nicknamed "The Killing Season" because of the frequency of the back-stabbing.

It all began with Kevin Rudd, who was Prime Minister from 2007 to 2010 and campaigned on a repudiation of Australia's involvement in the Iraq War, and the introduction of a system of taxation of mining profits.

In 2010, with his poll ratings dipping, he was ditched by Labor MPs, who replaced him with his deputy Julia Gillard, who became Australia's first female prime minister.

But "he (or she) who lives by the sword dies by the sword" and in the run-up to the 2013 general election the unpopular Gillard was replaced with….Rudd.

Although Rudd was a more popular figure, voters saw it as a cynical move and Labor lost power to the conservative Liberal Party.

The Liberals are a broad church, ranging from very socially conservative farmers to socially liberal professionals in Sydney and Melbourne who share a common desire for low taxes and less bureaucracy.

Abbott was from the right wing of the party and he pandered to xenophobic voters with a "Stop The Boats" policy which aimed to prevent waves of migrants arriving in Australia.

He promised in the 2013 election campaign not to make cuts to the social welfare system in order to repair what he called the "debt and deficit disaster" created by Labor's spending policies but his first budget in 2014 was widely seen as a betrayal of this promise, as it included deep cuts to welfare and social security.

John Hewson says Scott Morrison 'has a heart'. Here it is: pic.twitter.com/dwUEA2XyWX

His approval ratings never recovered and, having failed to implement most of his policies, Liberal MPs removed and replaced him with his more moderate rival Malcolm Turnbull in September 2015.

But Abbott did not go quietly and continued to snipe at Turnbull from the backbenches, especially during the debate over same-sex marriages last year.

Turnbull's most strident critic within the party was Home Affairs Minister Peter Dutton but in the end he lost out to the Treasurer, Scott Morrison, who won 45 votes to Dutton's 40 in this week's leadership election.

Mathias Cormann and Peter Dutton arriving for the party room meeting for the leadership and their departure after Scott Morrison won pic.twitter.com/pP66i1B467

After a landslide election result in 1979 Margaret Thatcher became Britain's first prime minister and the "Iron Lady" dominated the Conservative Party for a decade.

But by 1990 differences over Europe within the party and Thatcher's unwillingness to bend on the poll tax — a deeply unpopular way of funding local councils which effectively penalized the poor — led to her downfall.

Although Thatcher won hands-down she was fatally flawed because 60 Tory MPs had not voted for her and poll tax riots in London in March 1990 made another leadership challenge inevitable.

In November 1990 the pro-Europe former Defense Secretary, Michael Heseltine, finally laid down a challenge to Thatcher.

Heseltine got 152 votes to 204 for the prime minister but Thatcher was fatally wounded and resigned as party leader.

In the second ballot a week leader Heseltine lost out to the Chancellor, John Major, who became prime minister, ditched the poll tax and went on to win the 1992 general election.

Charles Kennedy was elected leader of Britain's third party, the Liberal Democrats, in 1999 and at the 2005 general election he led them to 22 percent of the votes and 62 seats — the most they had managed since the 1920s.

But in 2005 David Cameron was elected as leader of the Conservative Party and urged Lib Dems to come over to the Tories, who insisted they were no longer the "nasty party".

Many Liberal Democrat MPs panicked and called for a new, dynamic leader who could take on Cameron and Labour leader Tony Blair.

Senior figures such as deputy leader Sir Menzies Campbell and Simon Hughes told Kennedy he had to "raise his game" or face a leadership challenge.

Journalists then confronted Kennedy with evidence — supplied by his own colleagues — he had received treatment for alcohol addiction.

Political intrigue, plotting, smiling and backstabbing — nothing ever changes.

Kennedy made a public statement, admitting he had a drink problem, and tried to brazen it out but half of his frontbench team threatened to quit, forcing the Scotsman to resign.

Campbell was elected leader but he only lasted a year and his replacement, Nick Clegg, would go on to become Deputy Prime Minister in 2010 after taking the party into coalition with Cameron's Tories.

The summer of 2016 was one of the most dramatic in British political history. 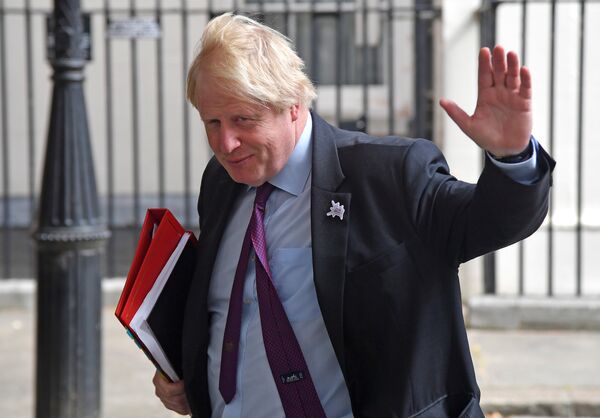 On June 23 voters narrowly voted in favor of Britain leaving the European Union and the following day Prime Minister David Cameron, who had campaigned to Remain and gambled his political life on the result, quit.

This immediately sparked a leadership contest which was expected to become a battle between Theresa May — who had been a Remainer — and Boris Johnson, who had been one of the most prominent faces in the Leave campaign.

Johnson was the betting favorite and was due to announce his campaign officially on June 30.

But a few hours before his campaign launch his fellow Brexit campaigner, the then Justice Secretary Michael Gove, surprisedly announced he would run for the leadership.

"I wanted to help build a team behind Boris Johnson so that a politician who argued for leaving the European Union could lead us to a better future. But I have come, reluctantly, to the conclusion that Boris cannot provide the leadership or build the team for the task ahead," said Gove.

Johnson had little option but to quit the leadership race.

"I must tell you, my friends, you who have waited faithfully for the punchline of this speech, that having consulted colleagues and in view of the circumstances in parliament I have concluded that person cannot be me," said Johnson.

In the event Gove lost out in the leadership election to Theresa May, who became Prime Minister in July 2016.

"I wouldn't say I stabbed him in the back…It's not treachery. I explained my reasons at the time. The water is under the bridge," Gove said in October 2016.