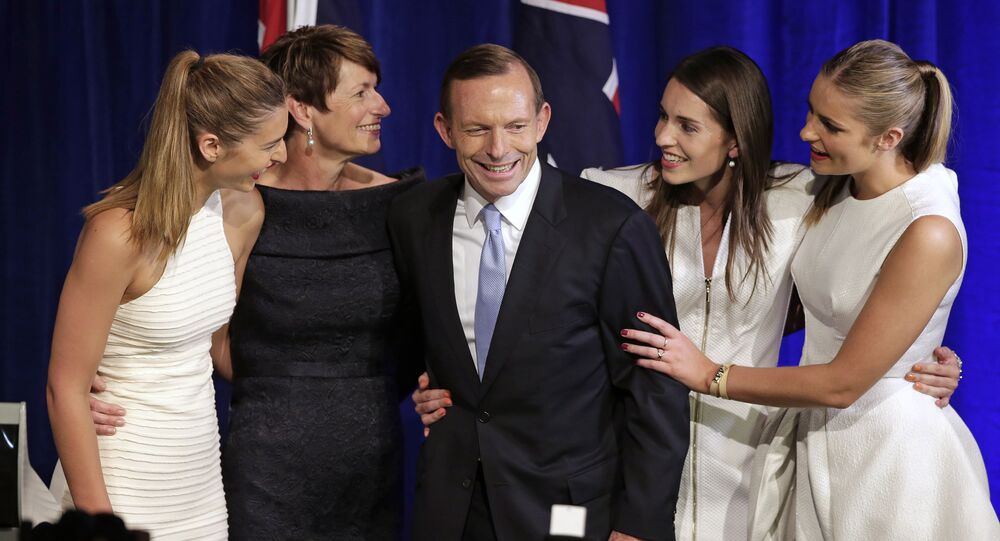 The leadership instability plaguing the Conservative Party since June 2016 may be new to many in Britain, but it is nothing compared to the last decade of Australian politics which has seen six successive prime ministerships since 2007.

Jockeying in the UK Conservative Party over Prime Minister Theresa May's potential replacement may just be the beginning of a new era for British politics, if the example of Australia, with its six prime ministers in 10 years, is any indication of things to come.

The process of one politician undermining a prime minister and taking their place has come to be known in Australia as "The Killing Season."

From Rudd to Turnbull

Since getting rid of its second-longest serving Prime Minister, John Howard in 2007, the UK's Australasian cousin has gained a reputation for having one of the most cut-throat political cultures in the developed world.

Kevin Rudd, the country's Labor Prime Minister from 2007 to 2010 campaigned on a repudiation of Australia's involvement in the Iraq War, and the introduction of a system of taxation of mining profits. Mining industry opposition, and his reportedly overbearing style of leadership, led to him being deposed in 2010 by his deputy, Julia Gillard.

Despite being Australia's first female prime minister, Gillard was plagued by unpopularity throughout her term, largely due to accusations of betrayal of Mr. Rudd.

Continued poor polling leading up to the 2013 election caused the Labor Party to remove her and reinstate Kevin Rudd. Although Rudd was a more popular figure, the move was widely seen as cynical and did not prevent the Labor Party from losing power to the conservative Liberal Party.

The new Prime Minister, Tony Abbott, representing the right-wing of his party, promised in the campaign not to make cuts to the social-welfare system in order to repair what he called the "debt and deficit disaster" created by Labor's spending policies. His first budget in 2014 was widely seen as a betrayal of this promise, as it included deep cuts to welfare and social security.

A steady stream of highly publicized gaffes contributed to his unpopularity and the perception that he was out of touch with Australian society.

His approval ratings never recovered from his first budget and, having failed to implement most of his policies, the Liberal Party removed and replaced him with his more moderate rival Malcolm Turnbull in September 2015.

© AP Photo / Rob Griffith
In this May 8, 2016 file photo, Australian Prime Minister Malcolm Turnbull speaks to the media during a press conference at Parliament House in Canberra, Australia.

Although initially popular, Malcolm Turnbull's popularity has suffered as much as that of his predecessors.

The Liberal Party partially campaigned on a platform of government stability, contrasting itself with Labor. Now that it has gone down the same path, many of its most ardent supporters have abandoned it for smaller, more extreme parties.

On the other hand, much of the population who hoped for a different style of leadership have been disappointed by what they see as Turnbull's placating of the right-wing of the party.

Since losing the post of prime minister two years ago, Tony Abbott has consistently clashed with Turnbull in public on a range of issues, including the current debate on legalizing same-sex marriage in Australia, which the current PM supports and Mr. Abbott opposes.

As of June this year, Theresa May has found herself in an almost identical situation to that of her Australian counterpart.

After Turnbull called an election in early 2016, the Liberal Party unexpectedly came within one seat of losing its majority in the Australian Parliament at the Federal Election of July 2016. Many MPs supportive of Turnbull lost their seats and the right-wing conservative faction of the Liberal Party has become more prominent.

Speculation continues in the Australian media as to whether Mr. Turnbull will lead his party to the next election and which of his colleagues might replace him.

As in Australia, the two major parties in Britain have deep ideological divisions, many of which are only being exacerbated by the unfolding process of Brexit.

In the Labour Party, while Jeremy Corbyn has the support of the rank and file membership, he is surrounded by MPs who recently tried to remove him and worry that his own approach to Brexit may be insufficiently pro-European.

Whether Theresa May survives to the next election, the political divisions within the major parties are present for the kind of prolonged leadership instability that Australians have long since gotten used to.

May Has 'Full Confidence' in Johnson Despite Media Criticism - Downing Street