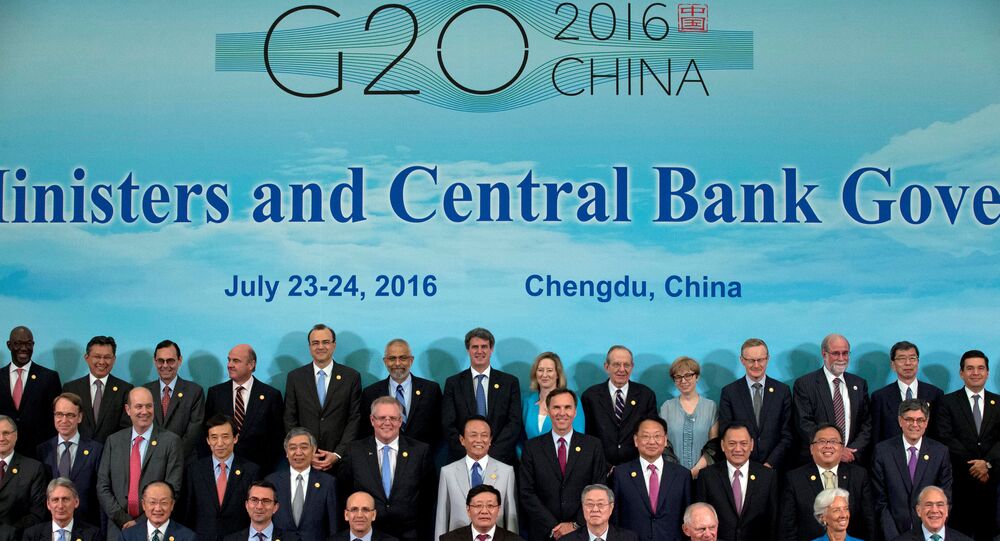 Sputnik has asked Australia’s ex-Prime Minister Kevin Rudd to share his thoughts about the Eastern Economic Forum business conference that has just closed up shop in Vladivostok, and of the discussions held there by the leaders of Russia, China, Japan and South Korea.

Kevin Rudd said that he had been impressed by President Putin’s effort to develop the Russian Far East.

”Having listened to his development proposals I realized it was a reasonable plan that provided for tax benefits, business facilitation, better visa arrangements. To me it sounds like the [Russian] government is quite serious about developing the region. I was quite impressed by the depth of what is being proposed,” Rudd said.

He added that was also impressed by Japanese Prime Minister Shinzo Abe’s idea of holding regular summits between himself and Vladimir Putin, of the need to sign a peace treaty with Russia and his readiness to “depart from the American script on US-Russia relations and Russia-West relations.”

© AFP 2021 / Aly Song
Reforms of Financial System Most Important Issues on G20 Summit Agenda - Putin
When asked whether tensions between US and China in the Asia-Pacific region could affect relations between other regional players and if the North Korean nuclear problem could ensure dialogue between all political forces in the region, Rudd said that the region was full of bilateral political tensions and territorial disputes, but was also characterized by growing economic integration.

“There are certain political dilemmas in the region that can’t be resolved in the foreseeable future, but there are common security challenges that can be resolved. The commonality of interests between Japan, South  Korea, the US, China and Russia on bringing about an end to North Korean nuclear weapons program demands concerted diplomatic efforts on the part of all these countries,” he said.

Mentioning Australia’s decision to nearly double its defense spending over the next decade, Kevin Rudd said that there was no particular security threat whatsoever but added that for a country of 25 million people to defend a coastline of 37,000 kilometers was “tricky.”

“Every country takes its national security issues very seriously, Russia does and we do too. It’s more about establishing long-term credibility as a country prepared to defend its territorial integrity against unknown future scenarios,” Kevin Rudd emphasized.

“What is lacking here is finance. We need to put finance behind projects that produce renewable energy or reduce the consumption of conventional energy and are a new driver of growth for the future,” he noted.

He also pointed to the role of digital finance in developing medium and small businesses across the world, particularly in areas with no access to major markets.

G20 Summit in China to Focus on Economy, Backstage on Political Talks