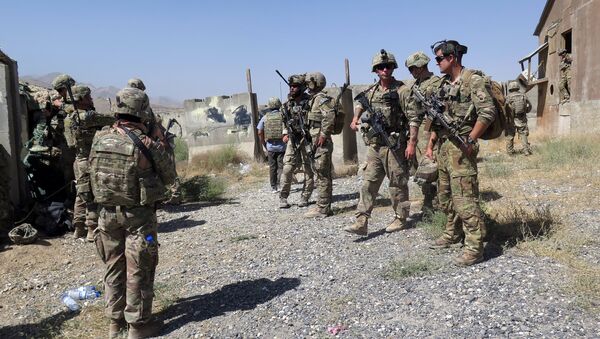 White House national security adviser John Bolton stated on Sunday that he is interested in a proposal by Erik Prince - founder of private military company Blackwater - to shift the prosecution of the 17-year US war in Afghanistan away from the Pentagon to private mercenaries.

Bolton — an appointee of US President Donald Trump like Blackwater founder Prince's sister US Secretary of Education Betsy Devos — made his remarks earlier during an ABC.com weekly news program.

The top White House advisor's comments follow reports that Trump has allowed for the possibility of placing for-profit mercenary companies in charge of shoring up the increasingly unpopular US-supported Afghan government of former American citizen Ashraf Ghani, instead of using armed Pentagon ‘advisors.'

Asked about the likelihood of mercenaries prosecuting America's many wars abroad, Bolton averred, saying only that, "there are always a lot of discussions," cited by The Hill.

"I'm always open to new ideas," the noted warhawk added, however, although he was careful not to second-guess his boss.

"I'm not going to comment on what [Trump's] thinking is. That'll ultimately be the president's decision," he quickly noted.

Trump is said to be interested in Prince's offer to privatize the US war in Afghanistan, according to reports.

The Trump White House would, under Prince's pitch, replace US troops and advisors in Afghanistan with well-armed private military contractors who would purportedly answer to an as-yet-unspecified liaison on Capitol Hill.

Noting the significant ethical and security concerns resulting from the use of for-profit mercenaries acting as heavily-armed representatives for the Trump administration, a spokesperson for the US National Security Council flatly denied the reports, stating to NBC News that "no such proposal from Erik Prince is under consideration," cited by The Hill.

Nonetheless, Prince has asserted to NBC News that he will soon launch a full-scale media blitz to promote his mercenary agenda in Afghanistan, and that Trump and his cabinet will be in his cross hairs.