Ekaterina Blinova
All materialsWrite to the author
While India is pushing ahead with the purchase of S-400 Triumf, Russia’s cutting-edge air defense system, the US has a number of reasons to blow a fuse over the deal, Rakesh Krishnan Simha, New Zealand-based journalist, foreign affairs analyst and military observer, told Sputnik.

"Widely acknowledged as the world's most powerful anti-aircraft and anti-missile system, the S-400 is a development of the S-75 missile that famously shot down the American U-2 spy plane over Russia in 1960. Its potency is the reason why countries like China, India, Turkey and Saudi Arabia are lining up to buy the missile defense system. With a tracking range of 600 km; the ability to destroy hostile aerial targets at a range of up to 400 km and altitude of 30 km at a blistering speed of 17,000 km an hour, the S-400 is a truly lethal air defense weapon," Simha emphasized.

However, the US has signaled that it does not welcome the S-400 deal inked by Moscow and New Delhi in 2016.

India's Defense Minister on S-400 Deal: US Laws Don't Apply to New Delhi
"There is a lot of concern in the US, in both the administration and the Congress, over the S-400 system," Chairman of the US Arms Service Committee Mac Thornberry told the press in late May as quoted by The Hindu. "There is concern that any country and not just India that acquires that system will complicate our ability to work towards interoperability together."

According to the media outlet, Thornberry added that these concerns "were separate" from Washington's sanctions imposed on the Russian defense industry under the "Countering America's Adversaries Through Sanctions Act" (Public Law 115-44) (CAATSA) in August 2017.

Earlier, US lawmakers protested against Ankara's acquisition of the Russian-made air defense system. Their wrath was understandable given Turkey's NATO membership. Besides, American policymakers believe that simultaneous exploitation of S-400 and US-made F-35 stealth fighter jets by Turkey may expose both secret capabilities and vulnerabilities of the new warplane.

However, India is not a NATO member-state and has no appetite for procuring Lockheed Martin's F-35. So, what's the fuss about then? According to Simha, there are several reasons for it. 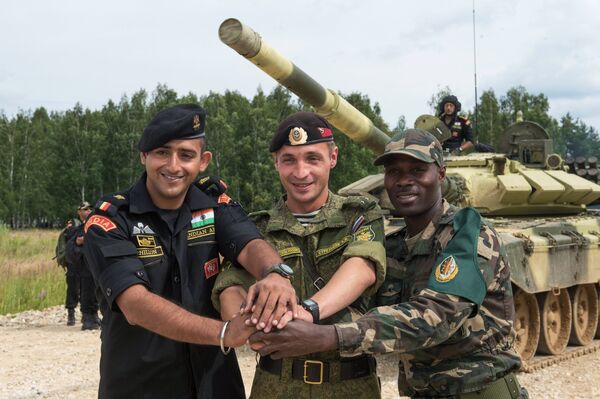 From left: Soldiers from India, Russia and Angola take part in training sessions during the International Army Games-2015 at the Alabino training center in the Moscow Region
© Sputnik / Iliya Pitalev

"The S-400 is a rare example of a non-nuclear missile that is virtually a strategic weapon. Such mega deals bind the seller and buyer into a strategic embrace for the life of the weapon. Considering the longevity of Russian air defense missiles (in the 1990s the Serbians shot down a US stealth fighter with a 30 year old Russian SAM), the S-400 could remain at the heart of India's missile defense network for decades. Since the US is attempting to pry away India from its defense partnership with Russia, the S-400 is one of the top obstacles to the US plan," the military observer underscored.

On the other hand, "many nations follow India's lead when it comes to big-ticket weapons purchases," Simha noted. According to the journalist, the Indian military forces are known as picky buyers who "put weapons through years of user trials" before acquiring them.

"So the American worry is that once India acquires the S-400, it will have a domino effect on other nations that have historically bought US weapons," the journalist highlighted. "However, after India inked the S-400 deal, a number of pro-American nations such as Saudi Arabia, Qatar and Turkey approached Russia." 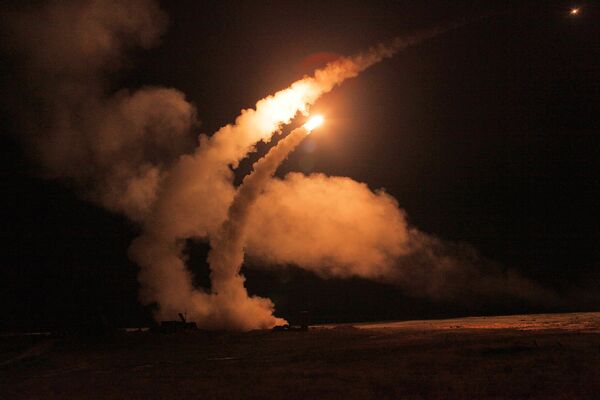 A Game-Changer in South Asia

Second, the system may potentially have an impact on Pakistan's defense and the balance of power in the region, Simha presumed citing longstanding ties between Washington and Islamabad.

"The S-400 will have the effect of turning a defensive system into an offensive system, and extend India's A2/AD (anti-access/area-denial) umbrella over the territory of Pakistan as well as on China's fringes," the analyst underscored. "The air defense system will increase the vulnerability of all Pakistani air assets, especially fighter aircraft, cruise missiles and drones, by several orders of magnitude. Due to their massive 600 km tracking range — and a 400 km kill range — just three S-400 battalions located on the border will cover all of Pakistan, except the largely barren western extremity of the restive Balochistan province."

According to the military observer, the potential deployment of S-400 on the India-Pakistan border may tip the balance in India's favor which does not play into Washington's hands: "After all, the Pakistani military continues to have strong links with the Pentagon which is a Cold War relic," he suggested.

"The US does not want the strategic balance in South Asia to become one-sided towards New Delhi," Simha opined. "Despite its professed friendship, the US views India as a long-term economic rival with a totally different world view." 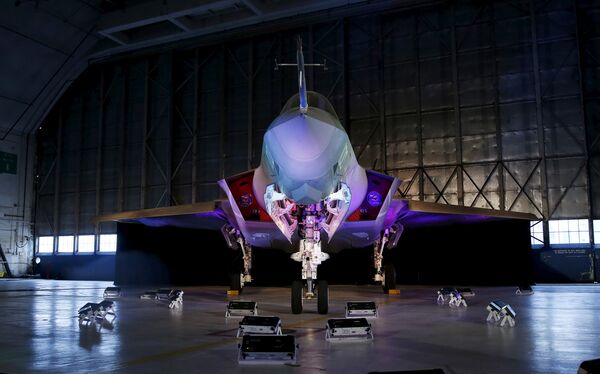 Third, "the S-400 is also an effective counter-stealth weapon," Simha stressed, suggesting that "the proliferation of S-400 systems around the world will expose the F-35 stealth fighter's weaknesses."

US Threatens Turkey With 'Ripple Effect' for F-35 Deal Amid Row Over S-400
The military observer highlighted that there is no such thing as "stealth" aircraft for the Russian-made air defense system, referring to reports unveiling the S-400 outstanding military capabilities.

"The latest American jet has been highly controversial because it has been slammed by a number of aviation experts as being underpowered, under-armed and not stealthy at all," the journalist underscored. "The S-400 could further expose the F-35's shortcomings and leave the entire US defense establishment red-faced as all families of American jet fighters will eventually be replaced by this single stealth jet."