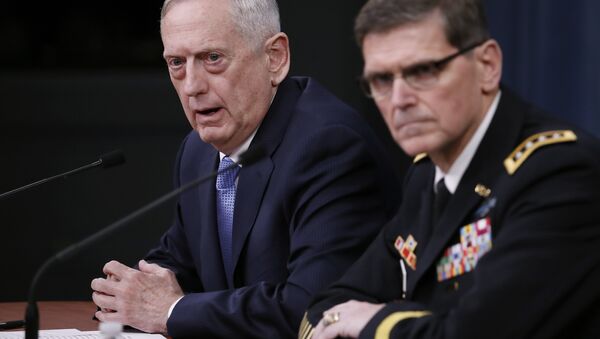 The US top Defense official has reaffirmed the "ironclad US commitment" to defend the Republic of Korea "using the full spectrum of US capabilities", the spokesperson stated.

The statement was made in wake of the historical one-day summit, which took place on April 27 in the truce village of Panmunjeom and resulted in the breakthrough in inter-Korean relations: a declaration on the normalization of relations and launch of negotiations in numerous spheres.

The meeting followed a thaw in relations started ahead of the 2018 Pyeongchang Winter Olympics, in which North Korea agreed to participate in the games and join its southern neighbor as a unified Korea.

The meeting between Kim and Moon comes ahead of another anticipated meeting set to take place between US President Donald Trump and Kim later in May.