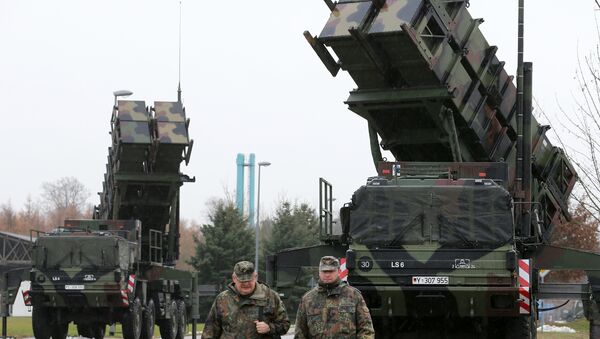 The first-ever “sharing parenthood” of the air force marks a milestone in the creation of a German-Dutch joint military, which began more than 20 years ago, and falls in line with expansion of the all-European common defense system PESCO.

Following a path of military cooperation between Germany and the Netherlands, the Hague is taking 450 soldiers from an air force base on German soil close to the Dutch border under its wing. The unit will remain stationed in the German state of Schleswig-Holstein. They are to protect military objects from ground attacks.

Berlin retains command in foreign operations abroad. However, both countries must agree to deploy the forces together.

Germany’s Defense Minister Ursula von der Leyen noted that the transition of command has added momentum to the military cooperation between the two countries.

"We share common values and interests, believe in our European future, and are strong partners in the trans-Atlantic alliance. We want to tap into synergies to improve our existing capabilities and build up new ones," she said, according to the DW web-site.

The German air force is involved in the process of cooperation between the two militaries for the first time in its history, which began as far as in 1995. Over the course of more than twenty years, Germany has taken command of over 2,000 Dutch paratroopers and united their tank groups.

This process falls in line with the EU efforts to establish the European defense union, also named the Permanent Structured Cooperation initiative, or PESCO. According to the roadmap, adopted this March, by June 2018 the EU states will prepare a set of principles for the joint military projects. The historic agreement, which is expected to make the European nations less dependent on NATO, was reached in December 2017. 25 of the 28 EU members joined PESCO, which would allow Austria to increase the volume of investments in military technology and to step up the level of coordination in this area within Europe.

READ MORE: EU's PESCO Pact: Viable Alternative to NATO or Much Ado About Nothing?

The commitments include a “successive medium-term increase in defense investment expenditures to 20 percent of total defense spending in order to fill strategic capability gaps,” and “increasing the share of expenditure allocated to defense research and technology, with a view to nearing 2 percent of total defense spending.” Among the most active campaigners there are European Commission President Jean-Claude Juncker and the EU Foreign Affairs and Security Policy Chief Federica Mogherini. While Juncker claimed that the initiative “will help protect the Union, which is exactly what EU citizens expect," Mongherini dubbed it “a new era” for the EU.  NATO Secretary General Jens Stoltenberg also endorsed the decision as “good for the Alliance”, saying it will "strengthen the European pillar within NATO."