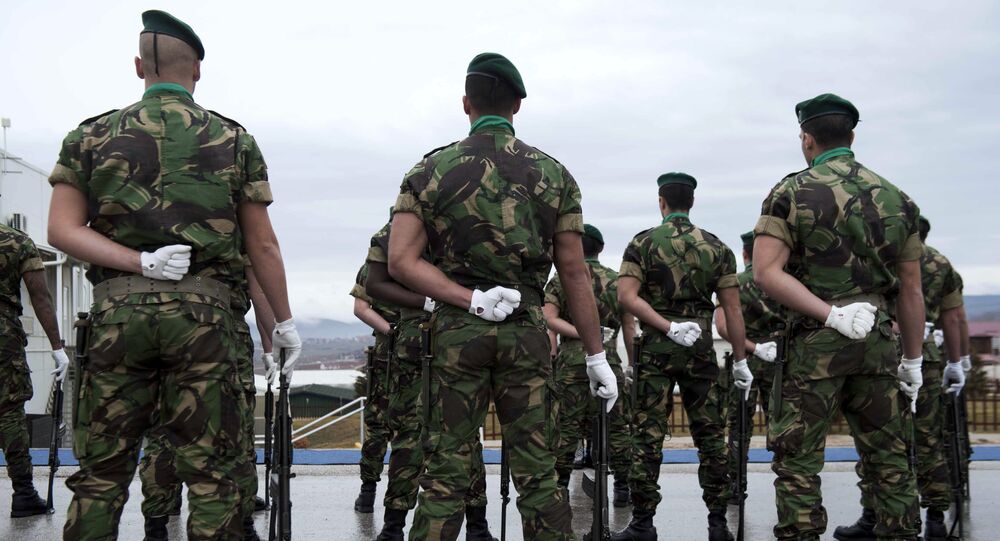 Lisbon’s decision to join the Permanent Structured Cooperation initiative (PESCO), will keep the country abreast of modern technological progress, General Carlos Branco told Radio Sputnik, adding that PESCO was by no means a sign of a European army in the making.

On December 11, the European Council established the Permanent Structured Cooperation, less than a month after receiving a joint notification by member states of their intention to participate.

“PESCO is just another attempt to ramp up cooperation, but not integration, in defense and security […] it is certainly not a budding single European army. I don’t understand why everyone is saying that. It is nonsense. PESCO is mainly about industry and technology where every decision is made by a unanimous vote,” Branco emphasized.

He also tried to cool the heads of those who view PESCO as a sign of the Europeans elites’ unhappiness with the United States’ ability and willingness to defend the so-called Western World.

© AFP 2021 / PATRICK HERTZOG
Bleak Picture: 'European Army Has No Future' - Czech Military Analyst
“Some people in the EU leadership used to bring this up but this is just another trifle. PESCO was envisioned by the Lisbon Treaty, which the European leaders signed on December 13, 2007, long before Trump’s election. It was an old project torpedoed by Britain. Brexit gave it a new lease on life, just like other projects opposed by the UK,” General Branco added.

In an interview with Sputnik Brazil, Sergio Azevedo, deputy head of the Social-Democratic party’s parliamentary faction, said that the idea of creating PESCO came in the wake of the growing terrorist threat in Europe, Brexit and Donald Trump’s election as US president.

He noted that Trump’s presidency was prompting Europeans to get more serious about continental security, but added that PESCO was by no means meant to compete with NATO, only to help the Alliance.

“Activation of PESCO was agreed upon and discussed during the latest NATO summit in Warsaw,” Azavedo emphasized.

On November 13, 2017, European Union member states signed a joint declaration calling upon the European Council to adopt a decision establishing a Permanent Structured Cooperation (PESCO) on defense, which would allow both to increase the volume of investments on military technologies and to step up the level of coordination in this area within Europe.

READ MORE: There Can Be No European Army 'Without NATO's Blessing' — Serbian General

The increase of the European defense budget has been a US request for a long time, as the majority of EU countries do not meet NATO’s target of spending 2 percent of GDP on defense.