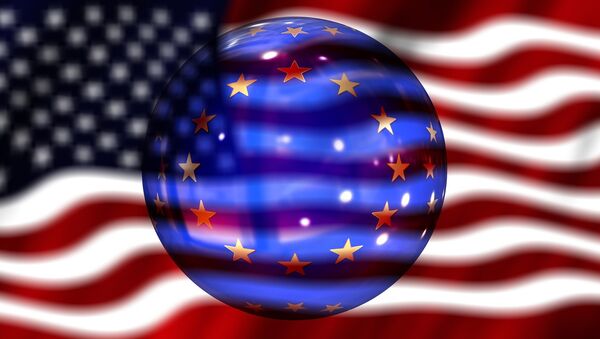 Britain’s impending exit from the European Union has accelerated calls for the continent to militarily unify, with consequences that may lessen American influence over Europe.

The European Union Foreign Policy Chief Federica Mogherini delivered a speech before the Italian think-tank Italia Decide on February 12 highlighting the benefits of Europe's further military integration while denying that the Continental bloc is seeking the creation of a pan-European army which could potentially challenge US leadership of the North Atlantic Treaty Organization (NATO).

"European Defense is developing in these months. It was born in the wake of the 60th anniversary of the Treaty of Rome. It was born as a reaction of the 27 member states that are staying in the EU to relaunch the European integration project. It is born as an opportunity for all of us to take. An opportunity to invest together, to innovate and create jobs, to give our soldiers, whom I want to thank, the most technologically advanced equipment to enforce the security of our Continent together," Ms Mogherini said.

"The work we've done on defence shows that change is possible, and it depends on us. Europe is what we choose to make of it, we are Europe." @FedericaMog #EUDefence pic.twitter.com/vsRRhGSJc6

​Britain's exit from the European Union, slated for 2019, has led to a renewed push by major Western European leaders to form a European army. German Chancellor Angela Merkel, French President Emmanuel Macron and former Italian Prime Minister Silvio Berlusconi have all in principle given their support over recent months to closer military ties between member states.

Despite its repeated denials that closer military coordination between member-states has a singular European armed force as its end goal, the EU community agreed a Continent-wide common-defense treaty, the Permanent Structured Cooperation on Security and Defence (PESCO) at the end of 2017.

European defence cooperation is not about creating an EU Army — which is why it is so much more https://t.co/z5LlvsF1za

Since the end of the Second World War, European military policy has been organized around the principle of the "Atlantic System," primarily built around the so-called "Special Relationship" between the United States and the United Kingdom. With Britain having been an EU member state since 1973, it has been able to use its ability to help shape the Union's Common Defense Policy (CDP) so as to strengthen the bonds of NATO.

Why NATO Chief Maintains 'There-Could-Be-Only-One' Stance on Calls for EU Army
Britain's House of Commons published a report in January saying that the country faced stark decisions to make about how it can continue to wield the same military and political influence outside of the EU's defense structures, with it being set to lose its voting and speaking rights at EU meetings.

Similarly, an EU report released on February 9 on the implications of Brexit published in enunciated the bloc's fears that the United States is in the process of dismantling the "Liberal World War" it created after World War II, requiring Europe to assume a more independent military posture that could lead to increasingly serious breaks with Washington.