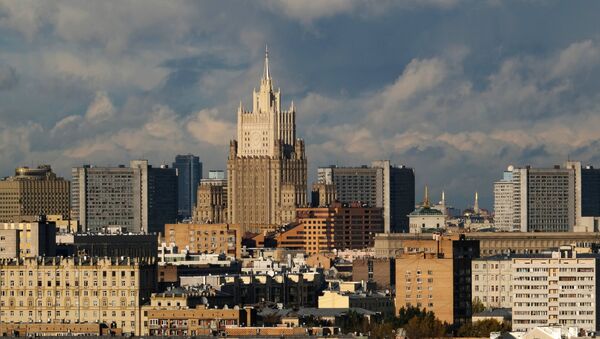 The meeting held in Vancouver on the DPRK did not offer an alternative to the document of Russia and China, the Russian Foreign Ministry said on its official website.

Events like a meeting in Vancouver on North Korea do not promote normalization of the situation regarding the Korean peninsula, on the contrary they exacerbate it, the Russian Foreign Ministry said Wednesday.

"The Russian-Chinese road map for the Korean settlement, announced in the Joint Statement of the Russian and Chinese Foreign Ministries of July 4, 2017, aims at a mutually acceptable solution of the entire set of problems exclusively by peaceful political and diplomatic means through a mutual reduction in military activity in the region, direct American-North Korean and inter-Korean negotiations and the discussion of security issues in Northeast Asia in a broad format. No alternative is offered to this document, nothing constructive was proposed by the participants in the Vancouver gatherings," the Russian Foreign Ministry said in a commentary.

"Regrettably, we have to state that such events which are conducted hastily and which have a negative effect on functioning of proven multilateral formats, do not contribute to the normalization of the situation around the Korean Peninsula, but, on the contrary, aggravate it," the statement read.

"The ‘decision’ of the participants to consider introducing unilateral sanctions and other diplomatic measures … seems completely unacceptable and counterproductive," according to the statement.

The initiative of Russia and China envisages three stages: the reduction of military tension by refusing the DPRK from new missile and nuclear tests while reducing the scale and intensity, and then suspending the military exercises of the United States and its allies in the region. Then — the launch of direct talks between Pyongyang and Washington, as well as between Pyongyang and Seoul, and, finally, the launching of multilateral negotiations to create a mechanism for peace and security in Northeast Asia.

The Vancouver Foreign Ministers' Meeting on Security and Stability on the Korean Peninsula kicked off on Tuesday with 20 nations partaking in the convention co-hosted by Canada and the United States. Russian Foreign Minister Sergei Lavrov said that Moscow and Beijing were not invited to the talks, and that he did not expect the meeting to yield results.