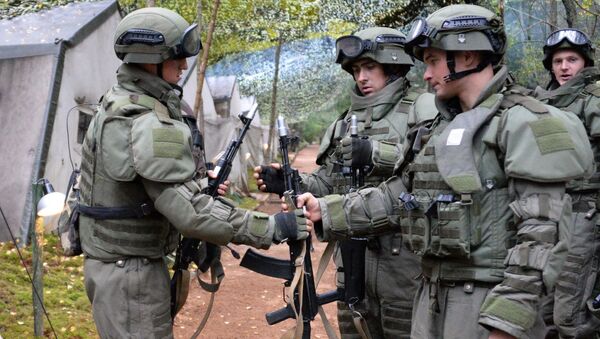 Despite NATO Secretary-General Jens Stoltenberg statements, saying that the Russia-Belarus joint drills aren't considered to be a threat by the alliance, the Pentagon has said that it is "closely watching" the war games anyway.

"We are watching Zapad very closely. Obviously Russia has the right to conduct their own exercises," Manning told reporters.

The week-long military exercise is underway at several sites from Russia’s northwest to Belarus. It brings together 12,700 service personnel — 7,200 Belarusian and 5,500 Russian troops — as well as 70 aircraft, 250 tanks and ten ships.

All You Need to Know About Massive Russia-Belarus Zapad War Games
Despite Russia inviting NATO experts and foreign journalists to observe the planned drills, the Zapad-2017 has prompted Baltic states' and Poland's claims of the drills allegedly being a "threat" to their security with Ukraine being the latest state beating that war drums over the upcoming exercise. Nevertheless, eventually only Latvia decided to send experts to the Zapad-2017 drills.

In their turn, senior Russian and Belarusian officials reiterated that the drills do not pose any threat to other states and are exclusively defensive in nature. Moreover, Belarus President Alexander Lukashenko stated earlier that these exercises would be open for foreign observers. The Defense Ministry of Belarus reported in August that observers from seven countries — Ukraine, Poland, Lithuania, Latvia, Estonia, Sweden, Norway — were invited to the event. Russian President Vladimir Putin is expected to observe the drills on September 18.