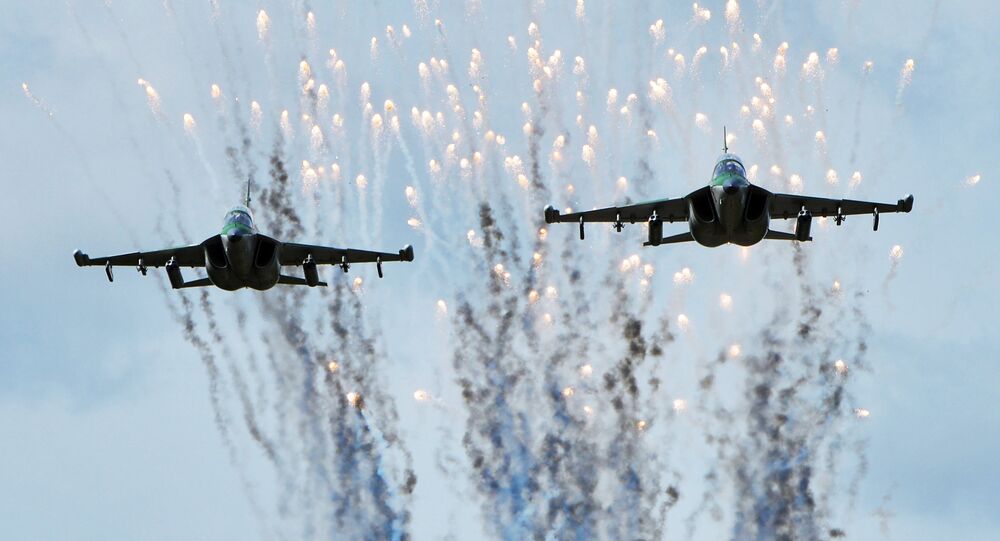 The planned Russia-Belarus war games dubbed Zapad have prompted several Baltic states' and Poland's claims of the drills allegedly being a "threat" to their security with Ukraine being the latest state beating that war drums over the upcoming exercise.

KIEV (Sputnik) — Ukraine has taken steps to enhance security along its border with Belarus due to the upcoming Russia-Belarus Zapad-2017 ("West-2017") military drills, a press service of the State Border Guard Service of Ukraine said on Monday.

"Since the beginning of September, the State Border Guard Service of Ukraine has enhanced security measures along all the border areas. This is due to the Russia-Belarus joint military exercise Zapad-2017, which will be held on September 14-20," the statement read.

According to Kiev's statement, the border guards will defend locations along the border against "possible provocative actions and military interventions," engaging the country's military, police forces, as well as the National Guard.

© Sputnik / Alexei Druzhinin
Russia Answers NATO's Accusations About Upcoming Zapad Drills
A number of NATO member states located in eastern Europe, including Poland and Lithuania, have already expressed their concerns over the upcoming Russia-Belarus exercises. However, NATO Secretary General Jens Stoltenberg said that the alliance does not see any imminent threat posed against any NATO member by the drills.

The joint military drills are scheduled for September 14-20. The exercises will stretch from the Kola Peninsula in Russia's far northwest all the way down to Belarus. About 12,700 servicemen (including 5,500 Russians), some 70 planes and helicopters, and up to 680 units of military equipment will be involved in the drills.