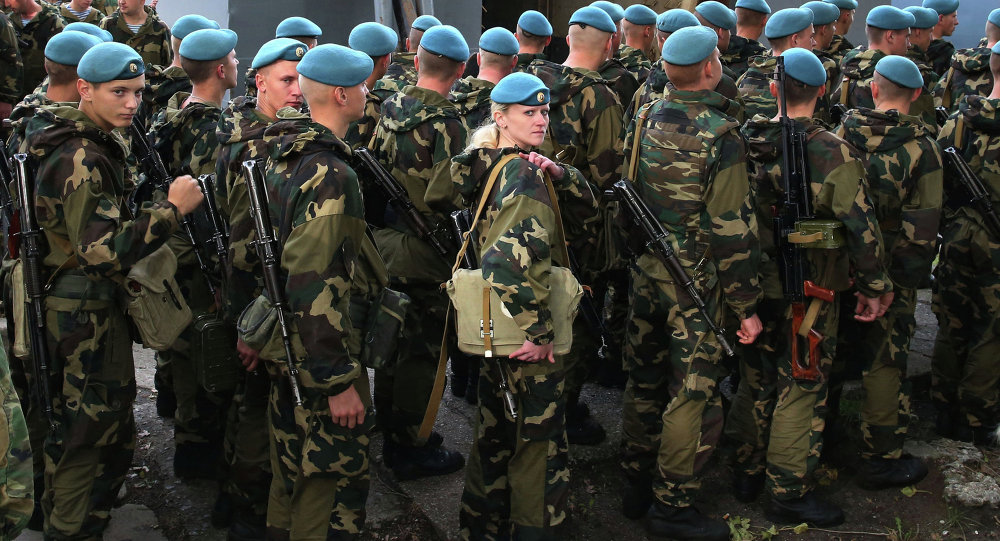 MINSK (Sputnik) — The suggestions regarding the possibility of aggression against Ukraine from Belarus during the forthcoming joint Belarus-Russia military exercises, have nothing in common with reality, as Belarus First Deputy Defense Ministry of Defense of Belarus said Tuesday.

"On September 11-20, [Ukraine's] Right Sector organization [outlawed in Russia as an extremist group] plans to deploy armed units with a total strength of up to 200 people in the northern part of the Rivne region [of Ukraine]. The stated goal is 'to prevent invasion by Russian forces of the Russian armed forces from Belarus' during the preparation for Zapad-2017 exercises. Such beliefs seem, at the very least, ridiculous. We react calmly to these misconceptions of truth," Maj. Gen. Oleg Belokonev, who is also Belarus chief of the general staff, said at a briefing".

© Sputnik / Alexei Danichev
Russia-Belarus Zapad-2017 Drills Purely Defensive - Deputy Defense Minister
He drew attention to the exercises conducted on the territory of Ukraine in the period close to the dates of Zapad-2017 drills.

"A joint exercise of law enforcement agencies took place in the territory of Ukraine on July 29 — August 2 near the state border of Belarus in the Volyn region [of Ukraine]… Approximately during the period of our exercise,… the NATO Allied Forces multinational exercise Rapid Trident 2017 will take place on September 8-23," he said. will be held deep within Belarusian territory in order to allay any tensions with neighboring countries, the chief of the general staff of the Belarusian Armed Forces said Tuesday".

Moreover, the Russia-Belarus joint military exercise Zapad-2017 ("West-2017") will be held deep within Belarusian territory in order to exclude any tensions with neighboring countries, the chief of the general staff of the Belarusian Armed Forces said Tuesday.

"In determining practice areas for troops, we deliberately gave preference to training grounds located at a considerable distance [behind] the state's border to exclude and remove of tensions in relations with neighboring countries," Maj. Gen. Oleg Belokonev, who is also the country's first deputy defense minister, said at a briefing. 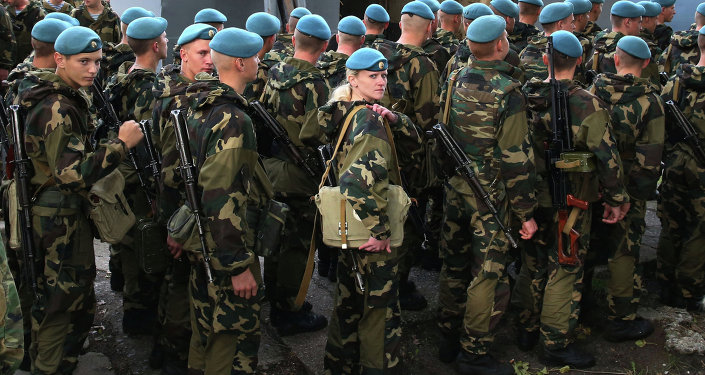 Western states have repeatedly raised concerns with regard to the forthcoming joint drills. Moreover, Western media reguralry claims that the Zapad 2017 military drills are preparing a "bridgehead for the occupation" of Lithuania, Poland or Ukraine, but the Russian officials state that they have nothing in common with reality.