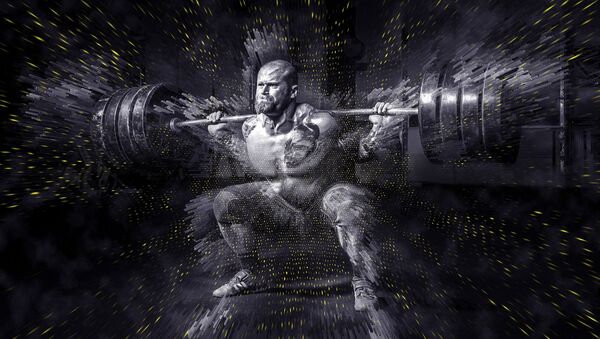 While doping has become commonplace at elite level sports, it seems that hobby athletes are not averse to taking performance-enhancing drugs either. In Scandinavia alone, where the percentage of gym members among the general population is traditionally high, thousands of athletes are known to dope.

She's Got the Look: Swedish Athletes Relying on Drugs to Enhance Appearance
The Finnish A-Clinic Foundation, which was founded in 1955 to prevent abuse among other things, has been reported to have 15 times as many visitors as in 2010, reaching a staggering 15,000 per month, which leads to severe health issues. Its special anti-doping service Dopinglinkki offers medical expertise anonymously, while also allowing relatives of the athlete who has taken up doping to avail themselves of their service.

"Most of the issues are various side effects, especially for anabolic steroids and testosterone," A-Clinic project coordinator Jukka Koskelo told Finnish national broadcaster Yle, blaming the increase on the fact that talks about exercise doping have become much more commonplace.

Among all Finnish men aged 25-34 years, 2.1 percent have used doping substances, as opposed to around 4 percent in Sweden, where the corresponding figure is considered to be rising, as well. Due to the fact that doping among amateur athletes remains a largely underinvestigated topic, it is difficult to get reliable figures. According to A-Clinic, the average user is a 26-year-old male urban dweller with a full-time job earning over 2,000 euros a month.

General appearance fixation is believed to be one of the reasons behind the rise. Many respondents admitted to doping because of appearance expectations and the desire to reach quick results.

A Barbie Girl in a Barbie World: Swedish Girl With a Cartoon Appearance
In the 1980s, the vast majority of users were body-builders, but today, the use of performance-enhancing drugs has grown to incorporate diverse groups, associate professor Vest Christiansen from Aarhus University told Danish Radio. Previously, doping was mostly driven by competitive motivations, today it is about body ideals, Vest Christiansen explained. A common trait most users share is that they don't regard themselves as addicts.

At present, the growing trend among gym sharks is to order doping kits online, which can include several drugs to be taken simultaneously. According to Dopinglinkki, up to 90 percent of all performance-enhancing products can be fake, with doubtful positive effects and major health hazards.

"But what these drugs contain is a big question. A fancy name, ampoules and package do not necessarily guarantee that the content matches the label," Koskelo said, stressing that ill-manufactured drugs are known to cause gangrene.