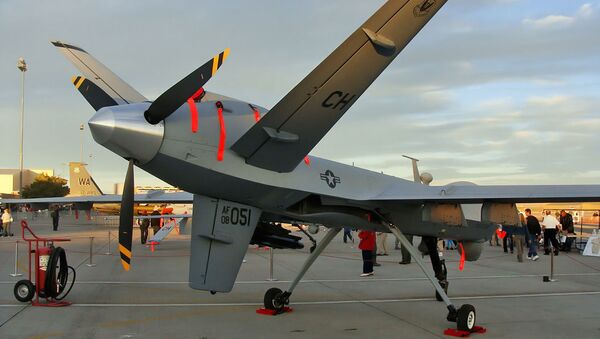 The brand new “Block 5” version of the US Air Force weaponized MQ-9 Reaper drone fleet has been deployed to hunt and kill the remaining members of the Daesh terrorist group.

The US Air Force announced that its new Block 5 medium-altitude, hunter-killer drone flew its first mission this week, according to Defense Tech.

The new variant, manufactured by General Atomics in San Diego, California, has implemented new electrical and communications systems, according to the US Air Force announcement.

The release also noted that, during a June 23 mission, the remotely piloted aircraft fired a GBU-38 guided bomb and two missiles at targets purported to house Daesh fighters.

That mission also included providing reconnaissance and surveillance information to forces on the ground, cited by Defense Tech.

The US Air Force release did not pinpoint the location of the drone strike, according to reports.

The MQ-9 Reaper drone is a replacement for a smaller earlier MQ-1 Predator, set to be retired at the end of 2018.

The popular weapon is also deployed by several US allies, including Australia, Italy, the UK, Spain, France, Germany and India.