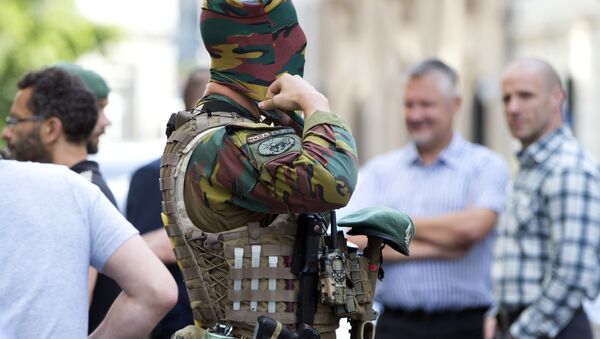 On the evening of June 20, a 36-year-old Moroccan entered Brussels' Central Station, detonating a bomb and attempting to explode another before being shot dead by security services. Belgium has been repeatedly rocked by terrorist attacks in recent years, including the infamous March 22, 2016 assault in the capital, the bloodiest in Belgian history.

The speed with which the attacker was fatally dispatched and the situation contained is a testament to the high state of alert in Brussels, and Belgium more widely, ever since the March 22, 2016 attacks in Brussels.

On that fateful day, three coordinated suicide bomb attacks struck the Belgian capital, two at the city Airport, one at Maalbeek metro station, slaying 32 and injuring 300. 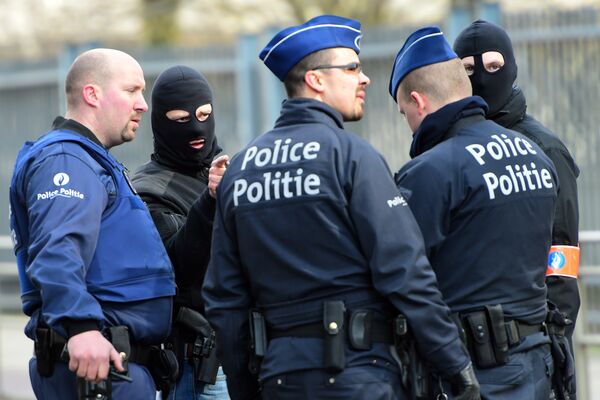 Policemen speak at a security perimeter near Maalbeek metro station, on March 22, 2016 in Brussels, after a blast at this station near the EU institutions caused deaths and injuries
© AFP 2022 / EMMANUEL DUNAND

The concerted strike was a palpable demonstration to authorities and citizens alike that the country needed to do more to cope with the challenges of terrorism and radicalization within its borders. Ever since, Belgian society has been extremely vigilant at every level, and the country has operated under effective martial law ever since.

"First-line prevention units" have been established to monitor and respond to local radicalization, and multidisciplinary support centers launched to help citizens identify and confront extremism. Databases on individuals with known or suspected extremist leanings, affinities or connections have been created, with access granted to a wide array of state bodies.

However, as the June 20 strike palpably demonstrates, these measures have evidently not been sufficient to tackle terrorism. The reasons for this failure are manifold.

For one, Belgium — as with many other European countries — faces the challenging issue of jihadist fighters returning home after spells in the Middle East. While France, Germany and the UK contribute the highest number of foreign fighters to terrorist organizations in the region, tiny Belgium is the largest contributor in proportion to its population.

Every returning fighter raises a multitude of issues — namely, what risk does that individual pose, and what should be done about them? It may be some returning fighters have no desire to carry out attacks, while others are dangerous, radicalized and terrorism-trained.

While authorities have taken a bespoke approach, conducting individual risk assessments, many have feared terrorists could slip through the web — and if the perpetrator of the June 20 attack is indeed a former overseas jihadist, the government will undoubtedly need to revise and expand its policies in this regard.

The European Strategic Intelligence and Security Center has also suggested official powers do not go far enough in any event.

"While it is now possible to conduct searches and raids at night in matters related to terrorism, custody time has not been lengthened: 24 hours, extendable to 48 hours in certain cases. A 24 hour mandatory custody in complex cases is not sufficient. In France, in the same situation, a mandatory custody can last up to 96 hours (four days) and even be extended to six days if there is a 'real risk' of terrorist acts," the group said in a statement.

However, it may be that the root of Belgium's terror issues lies much closer to home. The attack followed a mere five days after Belgian Prime Minister Charles Michel pledged the country would extend participation in the coalition's air battle against Daesh, and pledged to be a "loyal partner" to the US in the region.

While the PM said the fight was "important" for Belgian security, there was no consideration of whether continuing to participate in anti-terror operations in Syria not authorized by the government of President Bashar Assad or the UN Security Council — in which General James Mattis has said civilians deaths are a "fact of life" — may in fact increase the risk of terror on home soil. In April, the country opened an official investigation into whether it had carried out airstrikes which resulted in hundreds of civilian deaths.

In response to that bombing, Amnesty International accused the coalition of "flagrant violation" of international humanitarian law, for failing to take precautions to prevent a high death toll.