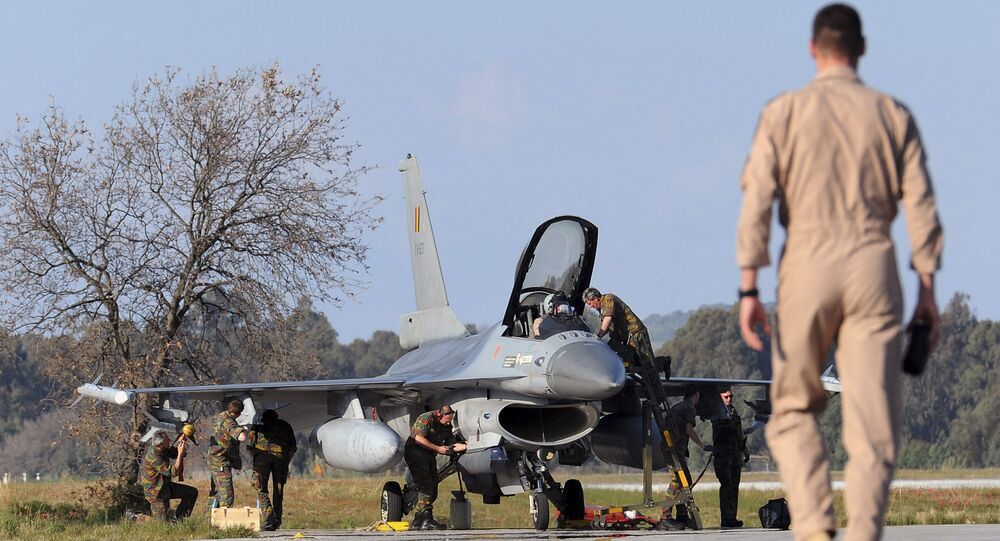 Belgian authorities have opened an investigation into the suspected involvement of Belgian fighter jets in airstrikes on Mosul, Iraq that resulted in hundreds of civilian deaths.

Eric Van Der Sypt, a spokesperson for Belgium's prosecutor, told international wire services the investigation would focus on whether international rules of engagement were properly observed. If standards were adhered to, it is possible "no crime was committed," he said.

The Iraqi government estimates over 130 civilians were killed in strikes over several days in Mosul's al-Jadida area during March, although some critics have suggested a particularly lethal attack on March 17 killed as many as 400.

Investigators will use images produced by the high performance cameras, Belgium's F-16 fighters are equipped with, to determine whether Belgian planes involved in the strike were responsible for any or all of the civilian deaths that occurred, suggesting Belgium, and perhaps the wider coalition, are uncertain of their strikes' end targets.

According to our estimates, Belgium's carried out c.400 airstrikes in Iraq and Syria since 2014. MoD says most strikes now at Raqqa & Mosul pic.twitter.com/GGlS38PHn7

Belgium is part of the US-led coalition against Daesh in Iraq and Syria, which has conducted tens of thousands of airstrikes in the region since 2014. The US carries out the bulk of the air operations, but Australia, Belgium, Canada, Denmark, France, Jordan, the Netherlands and the UK also frequently conduct strikes.

Coalition figures such as General Stephen Townsend, Senior US Commander in Iraq, admits that strikes "probably" kill dozens of civilians.

Data released April 2, suggested a total of 543 Iraqi civilians were killed and 561 wounded, although much of these deaths were attributed to the use of human shields by Daesh.

In response, Amnesty International accused the coalition of "flagrant violation of international humanitarian law" for failing to take precautions to prevent a high death toll among civilians in Iraqi Mosul.

US investigators are also examining the apparent bombing of a school in Mansura near Raqqa, Syria, March 21, and a building next to a mosque March 16 in the village of Al-Jineh.

© REUTERS / Khalid al Mousily
Over 500 Iraqi Civilians Killed, Some 550 Wounded in March - UN
The fall of Mosul, Iraq's second city and one which holds huge symbolic significance for Daesh, would be a major setback for the terror group following months of losses Syria, where three separate forces are advancing on Raqqa, the last remaining Syrian city under the terror group's control.

Nonetheless, the United Nations has warned around 400,000 people are "trapped" in Mosul under siege-like conditions, with food running short and security fragile in liberated and non-liberated areas alike.

The Reach Initiative, a group helping aid groups collect data on humanitarian crises, has judged the humanitarian situation in Mosul as "severe to extremely severe."

"There is no access to markets and people are surviving on depleting food and water stocks, without access to electricity, fuel and healthcare," the group said.