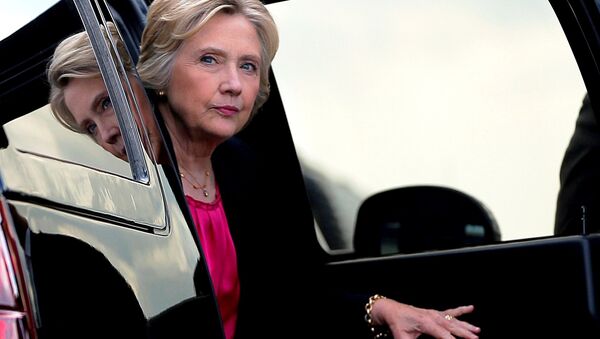 Ekaterina Blinova
All materialsWrite to the author
Those who found themselves involved in the Clintons' charity network may find themselves in a whole heap of legal trouble, Wall Street analyst Charles Ortel warns, adding that the good news is that foreign governments which poured millions of dollars in the Clinton Foundation could recover their funds.

If you got into bed with the Clinton Foundation there is good news and bad news for you, Wall Street analyst Charles Ortel, who has been investigating the charity's alleged fraud for the last few years, says.

How Hillary Clinton May Find Her Way to Jail
The bad news is that the charity may turn out to be the "largest unprosecuted fraud ever."

In his previous interviews with Sputnik, Ortel explained that judging from documents released in the public domain, the Clinton Foundation and its numerous entities neither were properly organized nor operated lawfully over the past two decades. He also shed light on the Clinton's "pay-to-play" scheme and revealed how the charity cashed in on HIV/AIDS sufferers.

For her part, Dr. Dady Chery, a Haitian-born journalist and News Junkie Post Co-Editor in Chief, unveiled the details of the Clinton Foundation earthquake recovery effort in Haiti back in 2010.

Speaking to Sputnik, the journalist, who authored "We Have Dared to Be Free: Haiti's Struggle Against Occupation," underscored that it still remains shrouded in secrecy how exactly the Clintons spent the funds collected for Haiti's reconstruction.

The crux of the matter is that the US laws related to charitable nonprofits which enjoy tax-exempt status are incredibly strict, especially when it comes to "private benefits."

But that's half the story, the Wall Street analyst noted.

"It is not simply Hillary Clinton who deserves to be fully investigated and then, in my opinion, prosecuted: all trustees, many executives, and numerous donors deserve attention from the IRS, from state tax agencies, and from the Attorney General," he said. 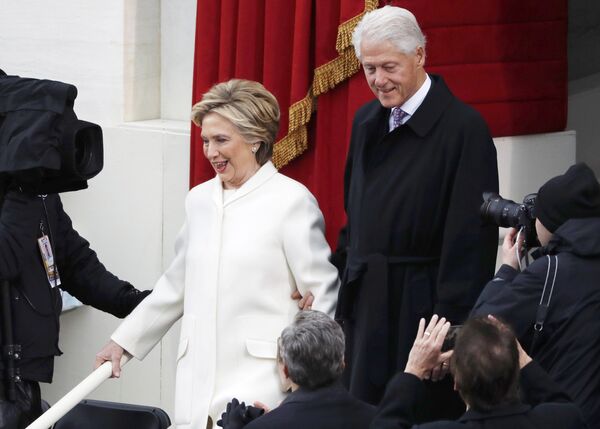 2016 Democratic presidential nominee and former Secretary of State Hillary Clinton (L) arrives with her husband former President Bill Clinton for the inauguration ceremonies swearing in Donald Trump as the 45th president of the United States on the West front of the U.S. Capitol in Washington, U.S., January 20, 2017
© REUTERS / Lucy Nicholson

Incredible as it may seem, the Clinton Foundations' trustees and donors appeared to not bother at all about the charity's fund management over all these years: they have obviously failed to raise the alarm over the suspicious financial records of the organization.

Flynn's RT Case: What About Hillary Clinton Taking Fees From Foreign Gov'ts?
"Here, I would focus on the duties of trustees and directors — generally there is a duty of care to ensure that you are fully conversant with the affairs of a charity, there is a duty of obedience to all applicable state, federal, and foreign laws, and there is a duty of loyalty to put the interests of the charity ahead of personal interests," Ortel stressed.

Meanwhile, "numerous 'private foundations' seem to have potentially made illegal 'taxable expenditures' when they donated to the Clinton Foundation and its various affiliates, as these were neither lawfully organized nor lawfully operated," the Wall Street analyst underscored, stressing that this apparent negligence entails legal responsibilities.

"Under our system, private citizens have a right (some might even argue a duty) to argue that government authorities discharge their proper roles and go after these private foundations to recoup the taxable expenditures. One of the entities that seem to have an indefensible record is the Bill and Melinda Gates Foundation, but there are many other large private foundations that seem to me to have substantial exposure," he pointed out.

Furthermore, Ortel drew attention to the fact that "several foreign governments have sent massive sums to the Clinton Foundation that seem to have been diverted from validly authorized tax-exempt purposes."

If the fraud is proven, all of the Clinton Foundation's private and government donors — as well as trustees and operatives — will find themselves in a whole heap of trouble because they will face major penalties for having given money to the charity that wasn't properly organized and operated. 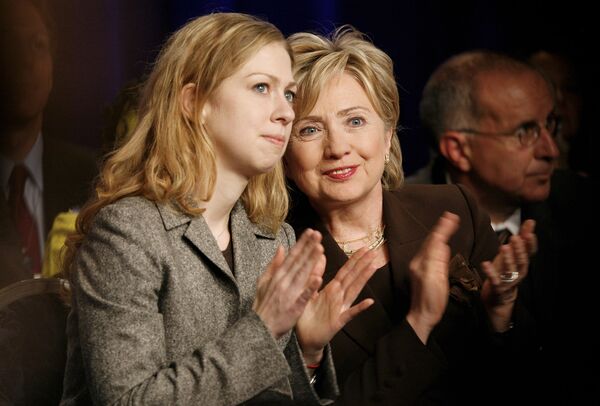 However, there is also good news, Ortel says.

"Under US laws, the Clinton Foundation is required to make specific disclosures concerning any grants it received from governments, especially including foreign governments," Ortel told Sputnik, "Even now, after so much adverse publicity, and following multiple flawed restatements of public filings with the IRS and with states, Clinton charities still have not made required disclosures particularly concerning grants received from foreign governments."

#LockThemUp: What Went Wrong for Clinton Foundation's HIV/AIDS Initiative
"This is surprising since numerous press releases available in the public domain suggest that nations including Australia, France, Ireland, New Zealand, Norway, South Korea, Sweden, the United Kingdom believe that they did send (all together) hundreds of millions to the Clintons, ostensibly to support a charity," he noted.

"Why are these governments content with Clinton public filings that still do not credit foreign donors, in required specific terms, for their generosity? If foreign governments are content with these flawed Clinton Foundation disclosures, why are their citizens?" the Wall Street analyst asks.

In all this, there is good news for foreign governments that may wish to recover grants made to Clinton charities, the analyst told Sputnik.

"It seems possible that certain foreign governments may be able to recover funds by suing private foundations that should have been able to see apparent frauds at charities operated by the Clinton family and their associates, yet nevertheless supported these fraudulent activities, in some cases, for years and in substantial amounts," Ortel said.

"US laws require private foundations, many of which still have substantial liquidity, to donate sums only to validly organized and operated charities, and only for specifically authorized purposes," he added.

"In brief, foreign governments can (and should) sue Clinton charities and their trustees, but these entities ultimately will have little money left once US Federal and state governments turn and do their jobs," Ortel responded.

"On the other hand, large donors like the Gates Foundation (there are many others) have massive sums and would likely, after resisting at first, would be moved to cooperate and to settle, especially those that operate abroad and are, in theory, pinnacles of virtue," he stressed.

"Truly deplorable what the Clintons have done, with aid of so many who sought to milk an HRC [Hillary Rodham Clinton] reign," Ortel concluded.