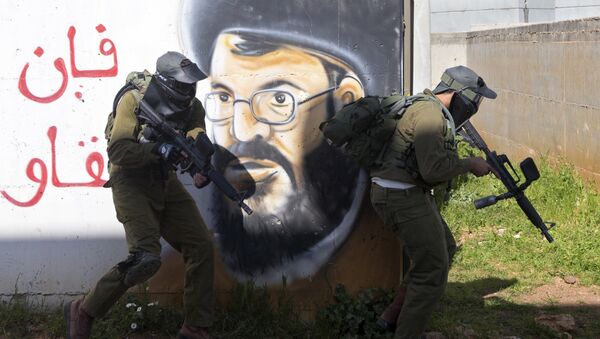 Israel on Sunday conducted a surprise two-day drill to test its military’s readiness for war.

The unannounced exercise, which began on Sunday, comprised a surprise 36-hour drill to determine the army's readiness for battle, according to The Times of Israel.

The drills focused on conscripted infantry ground troops, supported by air force units, according to an unnamed Israeli Defense Force (IDF) official with knowledge of the move who spoke on condition of anonymity.

"It's about a fast switch from routine to a situation that's not routine, where you're preparing for it to be something else," the IDF official said, adding that the drill scenario incorporated a gambit showing "Hezbollah carrying out a terror attack against our troops," the Times of Israel reported.

An unnamed senior Israeli military official recently noted that Israel has implemented an enhanced evacuation plan for Lebanese border regions in the event of renewed fighting, according to The Jerusalem Post.

Hezbollah leader Hassan Nasrallah stated Thursday that a future war with Israel would likely be waged inside of the borders of the country.

Jerusalem "is scared and worried of any future confrontation… it could be inside the occupied Palestinian territories," Nasrallah asserted, Reuters reported. "There will be no place that is out of reach of the rockets of the resistance or the boots of the resistance fighters."

The Hezbollah group, a principal opponent of the ongoing apartheid-like Israeli occupation of Palestinian lands in the Gaza Strip and the West Bank, has been described as a resistance movement, a political party, a loose-knit band of terrorists, or a combination of all three.

The US, France, Canada, Australia, the Netherlands and Israel consider Hezbollah to be a terrorist organization. The EU, New Zealand and the UK consider Hezbollah's military arm to be terrorists, but negotiate with the group's political arm. Russia has labeled Hezbollah a legitimate Palestinian political organization, while China has remained neutral, welcoming bilateral contact.

IDF Chief of Staff Gadi Eisenkot, in observing the anti-Hezbollah exercises and explaining their necessity, stated, "The way to prevent war is to ensure your preparedness."

The unnamed senior IDF official was quoted as claiming that the exercises were not a response to an existing specific threat, but were intended to be a test of soldiers' readiness, and had been planned in advance.