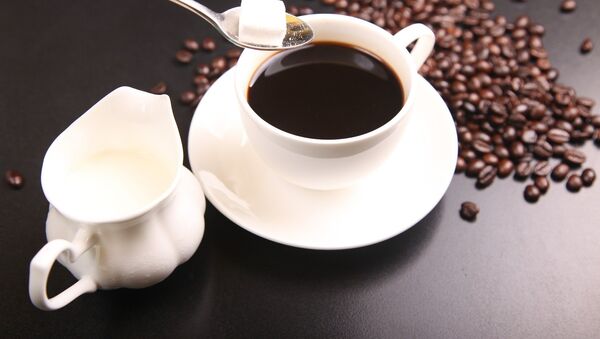 CC0 / Pixabay /
Subscribe
The UK public's love affair with coffee shops shows no sign of running out of steam, but Brexit could starve the industry of continental barista talent due to curbs on immigration from European Union member states.

Britons love coffee, seemingly even more than they love alcohol — the total number of cafes in the UK is scheduled to outstrip the number of pubs by 2025, reaching 30,000 — an increase of over 7,000 from April 2017 — with a turnover exceeding £15 billion (US$18.7 billion). At present, an average of 24 coffee shops open weekly across the country.

That kind of day when your coffee needs coffee 🙌☕️ #tiptuesday pic.twitter.com/WtkSbWPATN

To facilitate this expansion, the UK's numerous coffee shop chains will need to hire another 40,000 baristas over the next six years, supplementing the 150,000 currently working in the UK. This would mean the UK was home to more baristas than barristers, if it comes to pass.

However, Allegra Group's UK Coffee Report warns that as many baristas come from overseas, Brexit could severely hamper the industry's growth projections.

"Coffee is taking over the nation and with that comes a surge in demand for skilled baristas to keep the lattes flowing. Being a barista is a brilliant job that requires a great deal of knowledge and skill. We believe it should be as respected as the top sommeliers at the finest restaurants," said Jeffrey Young, Allegra Chief Executive.

The UK coffee @big three@ — Costa, Starbucks and Caffe Nero — account for 19 percent of total countrywide sales, with all three reporting high single-digit growth in 2016. The trio have begun taking active measures to address any potential staff shortage arising from the UK's secession from the EU.

The proportion of EU migrants working in food and drink manufacturing has soared since 2004, when the UK began allowing citizens from eight new EU member states, including Poland, to work freely in the country. In 2014, workers from those countries comprised 21 percent of the workforce in food and drink manufacturing, according to the National Institute of Economic and Social Research.

The coffee industry is but the latest to sound the alarm about the impact of Brexit on its business. Upmarket UK retailer John Lewis announced in February it will axe almost 800 jobs in its biggest ever round of redundancies due to the vote, and financial services titan Goldman Sachs said in April it would relocate its staff outside of London in the course of its expansion across the European continent.

Thousands of manufacturing jobs in the agricultural and food sector in Northern Ireland could be also threatened if the UK is compelled to fall back on WTO trade rules and tariffs.