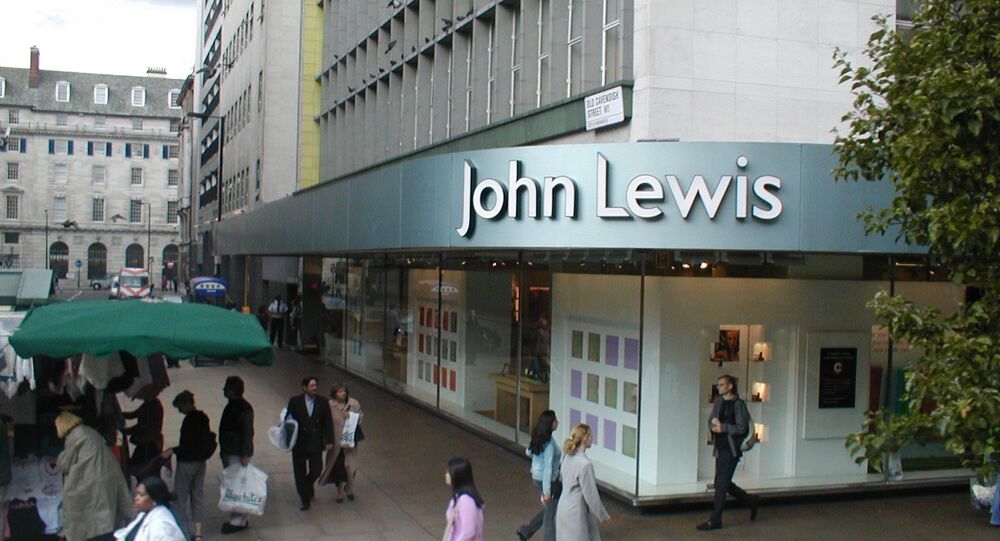 'A Big Issue for Us': John Lewis to Axe 800 Jobs as Brexit Effect Strikes

Upmarket UK retailer John Lewis has announced it will axe almost 800 jobs in its biggest ever round of redundancies, weeks after sister company Waitrose revealed it would close several stores and cut up to 700 jobs - perhaps the latest instance of Brexit's damaging impact on the UK economy.

The middle class paradise is consulting 773 members of staff about redundancy, as it attempts to significantly cut costs. The retailer said some of affected staff would be offered alternative roles, but the majority will be leaving permanently.

The move follows a similar efficiency drive announced by supermarket sibling Waitrose, which will see a level of management removed in its supermarkets and the closure of six stores across the UK.

It's not the only major cutback announced by John Lewis in recent times — in March 2016, the department store giant shut several staff canteens and imposed longer shifts on delivery drivers. However, it's the biggest round of cuts since 2009, when 700 in-store call center employees were sacked.

The cutback stems from falling revenues — in 2016, operating profits slumped 31 percent despite a 4.5 percent rise in sales in the six months to the end of July. Moreover, the depreciation of sterling against the US dollar in the wake of Britain's vote to leave the European Union has hurt the company's margins — it imports around two-thirds of the goods it sells, and over a third is purchased in dollars.

In the days following the referendum, John Lewis Managing Director Andy Street, said the result was "a big issue for us to face," and predicted the "political crisis" created by Brexit could easily turn into an economic one "if not properly handled."

At the start of 2017, the chain announced it would be cutting staff bonuses significantly. Chairman Charlie Mayfield referred to the 20 percent drop of the value of the pound as "the dog that hasn't barked yet" — he explained the collapse had yet to impact most businesses as they had bought currency six months to a year in advance.

As these reserves neared empty, the full force of the devaluation would be felt. Mayfield's views are shared by many other businesses — a February report by the British Chambers of Commerce indicated 68 percent of UK companies expect the depreciating currency to push prices up in 2017, as running costs increase. Retailers may be forced to pass some or all of these rising costs on to consumers, in turn dampening demand — which could in turn produce a recession.

John Lewis is not the only institution to attribute its financial shortcomings to Brexit. For instance, football club Manchester United's debt has been pushed up by over a quarter due to the poor performance of the pound.

Brexit being blamed for Manchester United debt going up 27% to £409m. Collapse in value of pound against dollar pushed debt up by £87m.

HSBC's 2016 profits also collapsed by 82 percent year-on-year, which the banking giant ascribed to Brexit's impact on "established geopolitical and economic relationships." Budget airline Ryanair has issued more than one profit warning since June 23, and announced it will "pivot" away from UK airports in favor of European hubs. General Motors has carmaker predicted its European operations will lose US$300m in 2017 as a result of Brexit, having lost a similar amount in 2016 on the same basis.